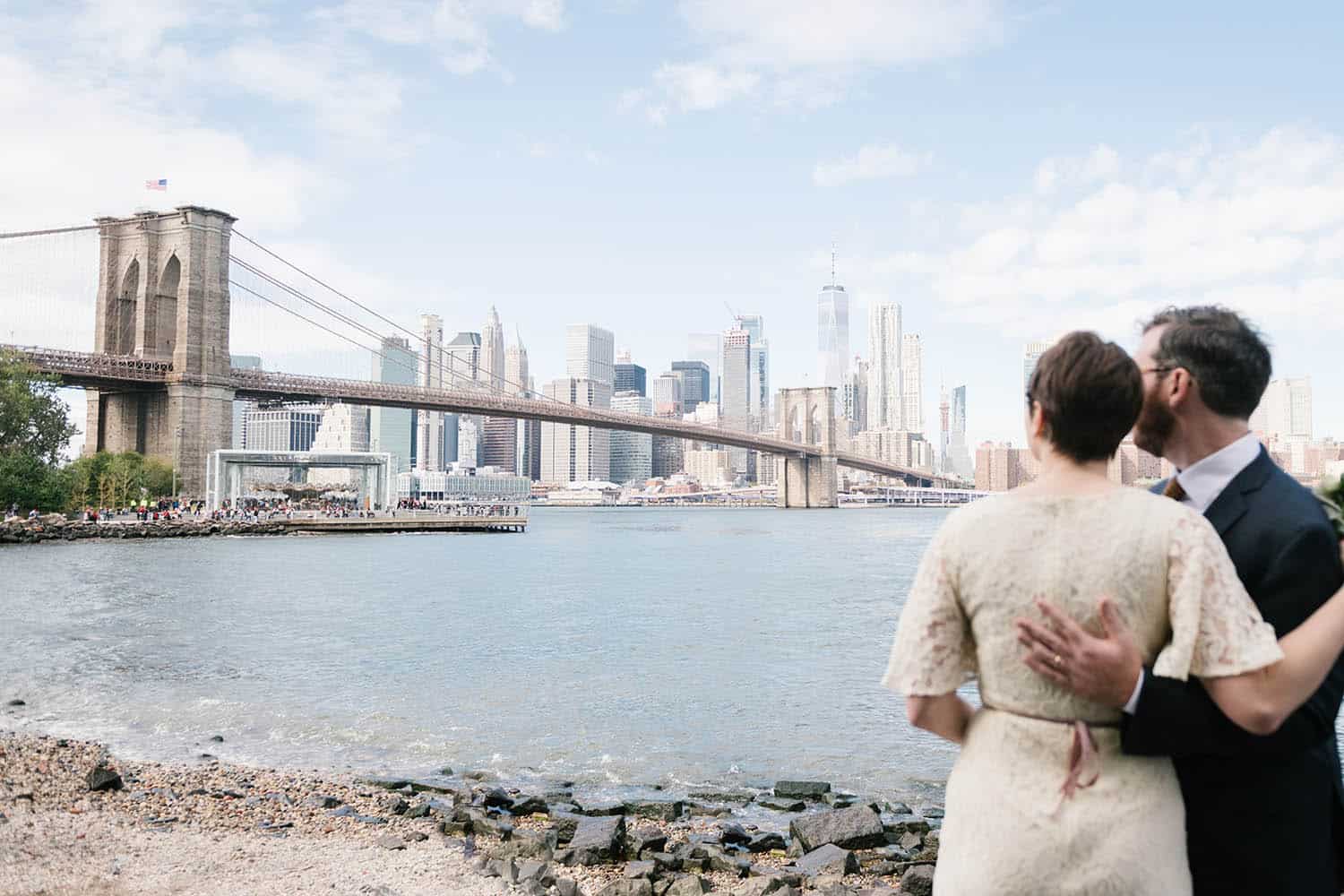 There is no alternative for Brooklyn Bridge Park when you’re looking for NYC views, which makes it one of the best places to propose in New York if you’re looking for an unforgettable and iconic spot. Located in Brooklyn, directly across the East River from Manhattan, you’ll have a front-row seat to see the iconic skyline, as well as the Brooklyn Bridge and Manhattan Bridge. A promenade snakes along the waterfront, offering plenty of opportunity to pick a bench and ask the question. As a bonus, DUMBO (the adjacent neighborhood) has turned super trendy in the last few years, and you’ll find tons of restaurants and bars for a post-“yes” champagne toast.

Head to another borough, Queens, and you’ll also get phenomenal views of Manhattan. A former shipyard, Gantry State Park in Long Island City has 12 acres of spruced-up riverside real estate. Go at sunset to catch golden hour when you propose. 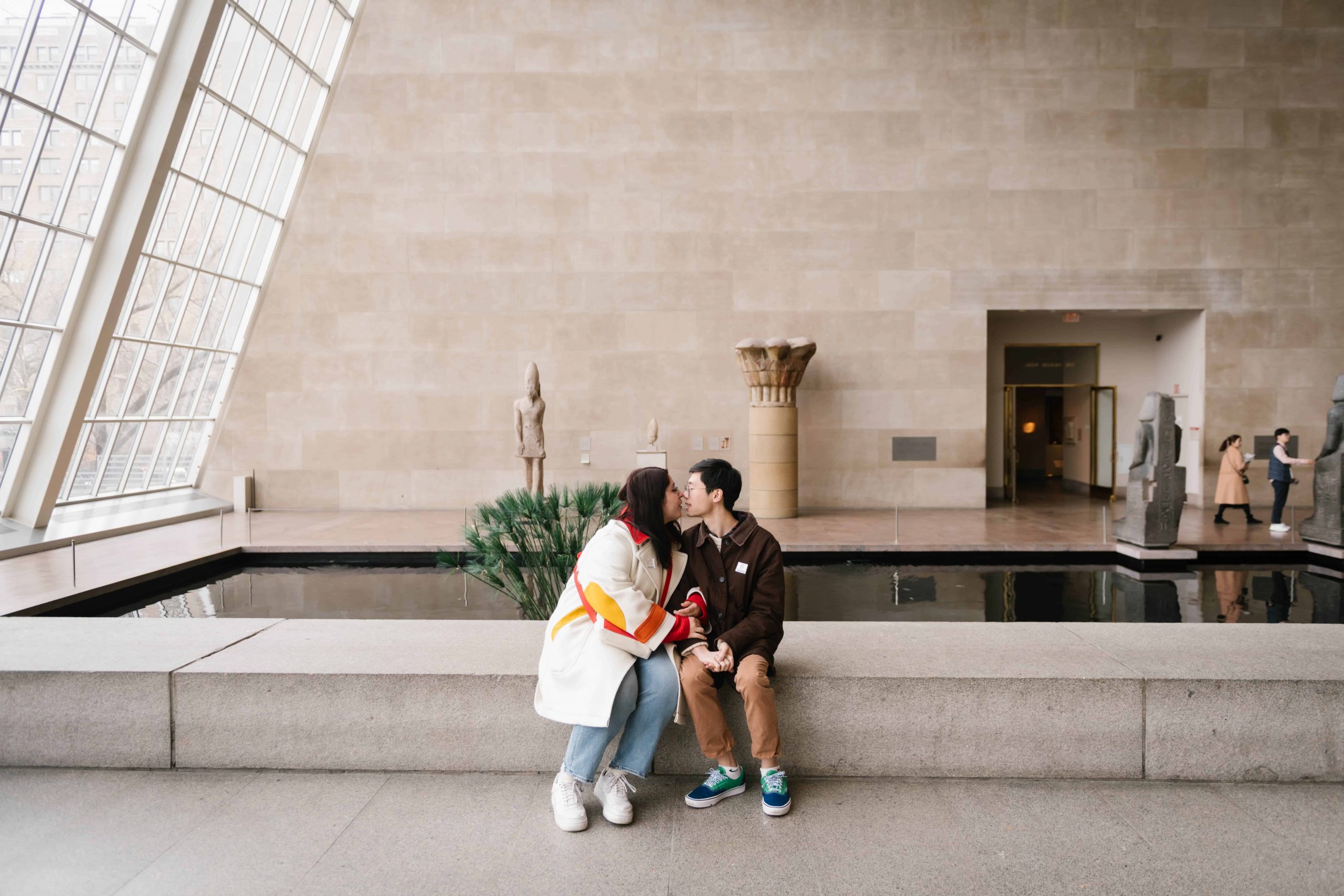 2. The Metropolitan Museum of Art

The Met is the largest art museum in the United States, so you’ll have your pick of the exhibits to get down on bended knee. I am partial to the Temple of Dendur, showcasing a large Egyptian sandstone temple, man-made river and soaring glass windows.

Want to propose under the stars? Take a trip to the Hayden Planetarium at the American Museum of Natural History. The Star Theater utilizes a customized Zeiss Star Projector system, replicating an accurate night sky as seen from Earth. Your significant other will never expect such a dreamy proposal in the middle of the day.

52 acres of lushness, including blooming flowers, a lily pond, a calming Japanese zen garden — it’s no wonder that the Brooklyn Botanic Garden is a top contender for one of the best places to propose in New York. Located adjacent to Prospect Park in Brooklyn, the garden has over 14,000 types of plants, and, perhaps equally importantly, dozens of gorgeous spaces to get down on bended knee.

If you don’t need acres and acres of fieldage to impress and would like the potential for more privacy, hit up a smaller neighborhood community garden is a less-trodden area, like these options in the West Village and Upper West Side. 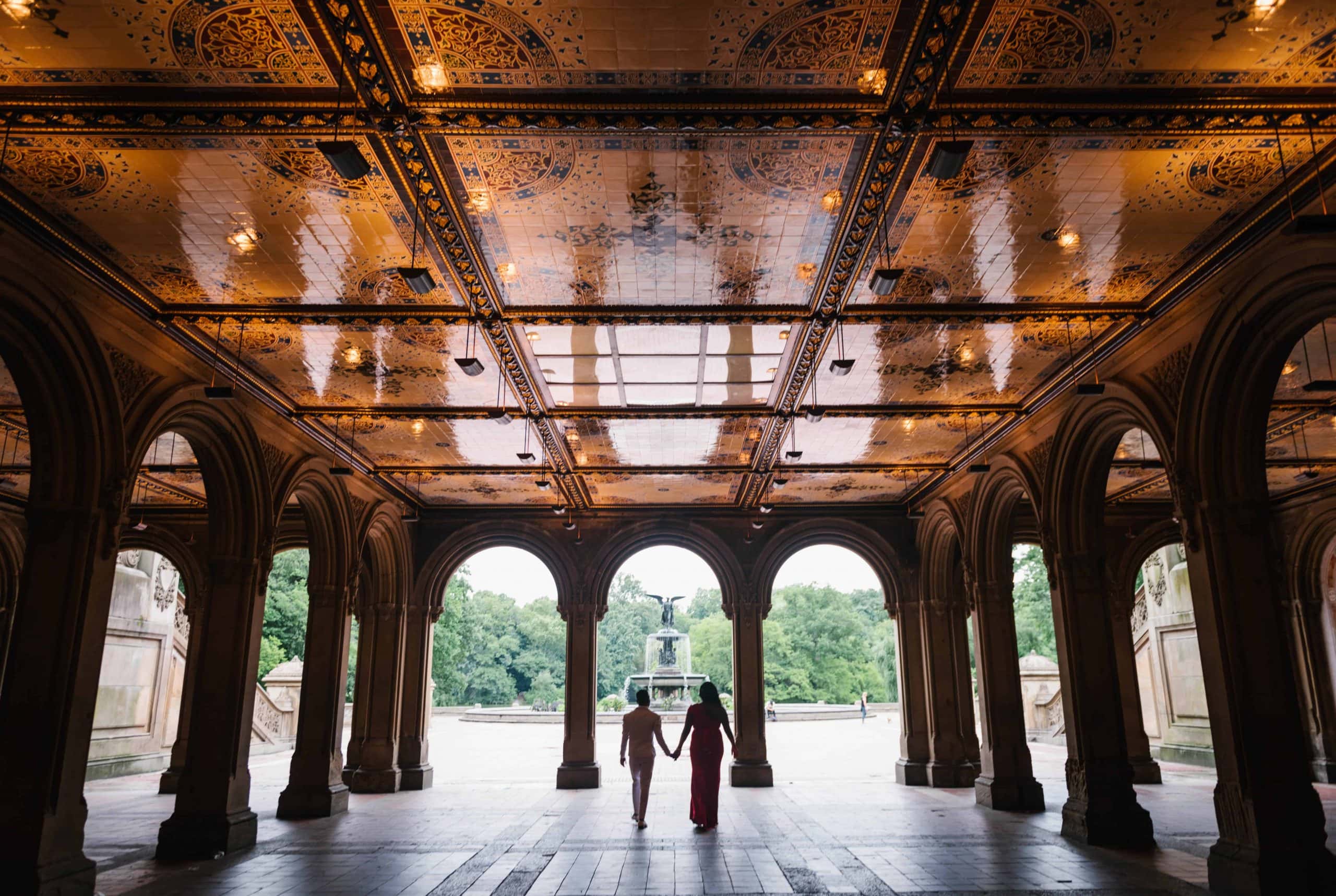 Central Park is vast, so its almost impossible to not find a good place to propose. However, there are definitely the well-trodden areas and the not-so-touristed areas. Among the most popular would be Bow Bridge and Bethesda Terrace, a stone’s throw away from each other. Both these areas have ornate ornamentation, the Bridge in the form of interlocking circles, and the Terrace with its decorative mosaic tile ceiling and painted archways.

If you want to leave the crowds behind, head to the Conservatory Garden or the Ramble. The Conservatory Garden is a formal English garden with blooming flowers and fountains, but its uptown location deters many would-be visitors. The Ramble is a quiet, forested area that is less manicured than other park areas, but also more private. 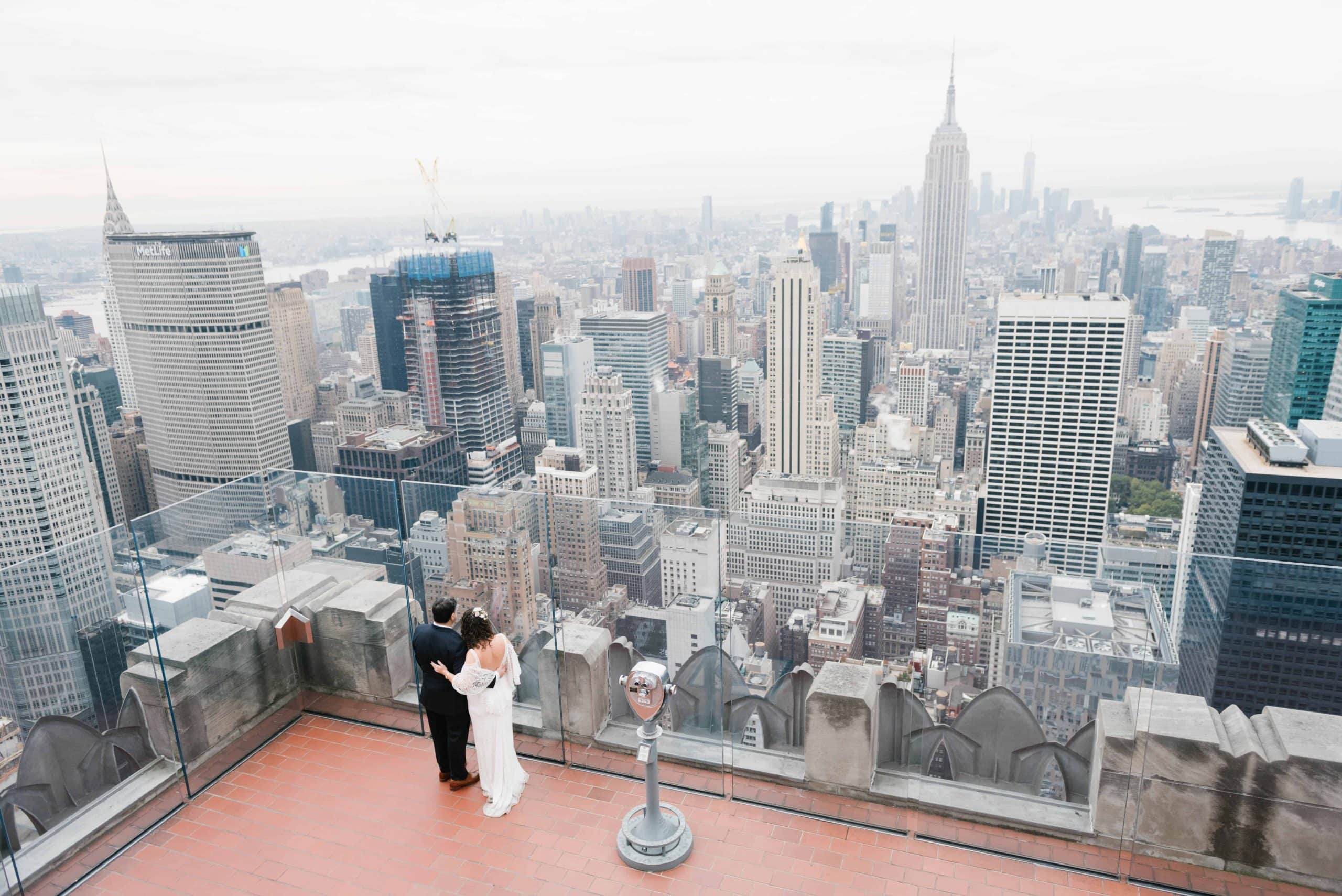 While you can see skyscrapers from a lot of locations in NYC, the Top of the Rock offers the unique birds-eye vantage point from its observation deck of the Empire State Building. Sunset is typically very crowded, but early morning is sparse; go early if you want more privacy.

While The Met Cloisters isn’t low-trafficked, it’s certainly larger than the Top of the Rock observatory deck, giving you the possibility for more privacy. Instead of city views, you’ll see European medieval architecture; the gardens on the main and lower levels are particularly proposal-worthy.

Thinking of getting married in NYC?

Best Time to Get Married in New York: The Ideal Season and Month for an NYC Wedding