Rob and Gemma’s Brooklyn Bridge Park vow renewal was a long time coming — nine years, in fact. After almost a decade of marriage, the Brits decided to renew their vows. New York was a no-brainer; having honeymooned in NYC, the pair have a deep love for the city, and wanted to share it with their two young daughters and also the bride’s mother, none of whom have ever visited.

Brooklyn Bridge Park served as the perfect backdrop to capture the essence. With the Manhattan skyline distant in the background, Gemma and Rob recited their own handwritten vows to each other, as well as vows to their daughters, recommitting themselves to their family in an emotional, joyous moment.

The rest of the day was magic. Dodging cyclists and pedestrians, the six of us walked along the Brooklyn Bridge towards the main pylons, suffering only a few setbacks with stiletto heels occasionally getting  stuck in between planks. Still, once we made our way there, I could feel their excitement to be on such a landmark. And their enthusiasm didn’t stop as we made our way through DUMBO, stopping to ride Jane’s Carousel and dabbing in front of street murals. Being around their energy just reminded me of the magic of eloping in New York.

Best place in the world for a vow renewal? Yeah, I’d say so. 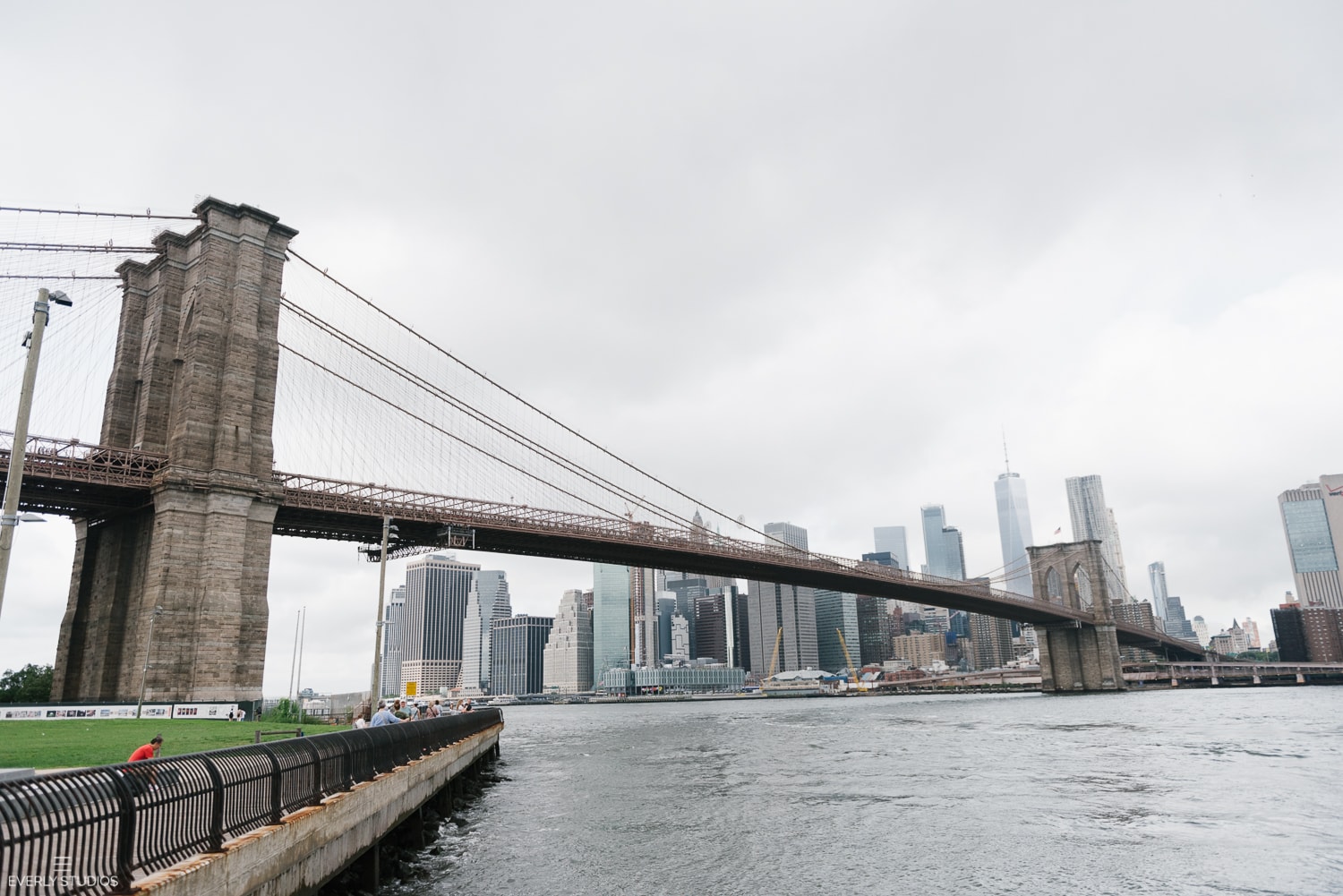 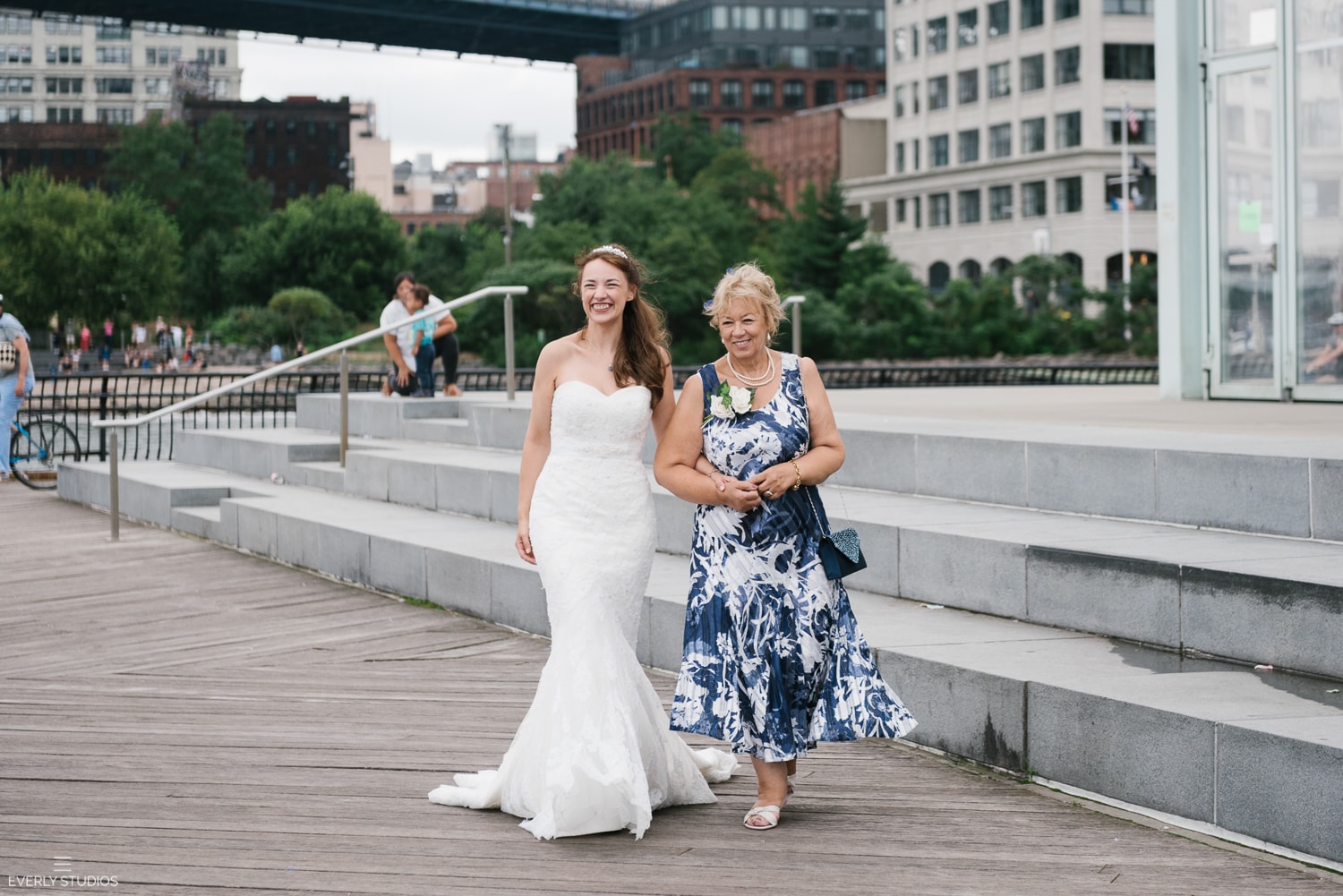 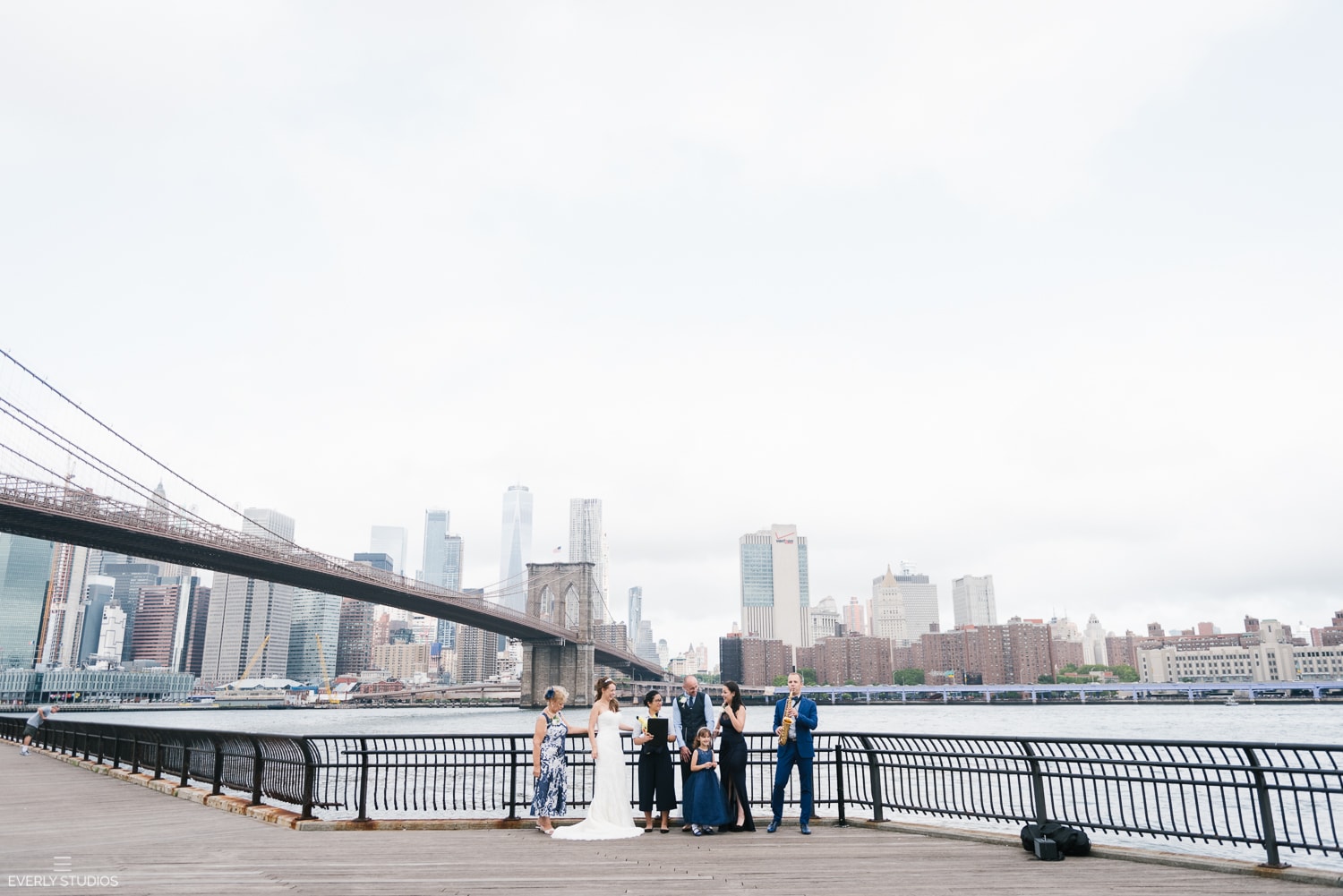 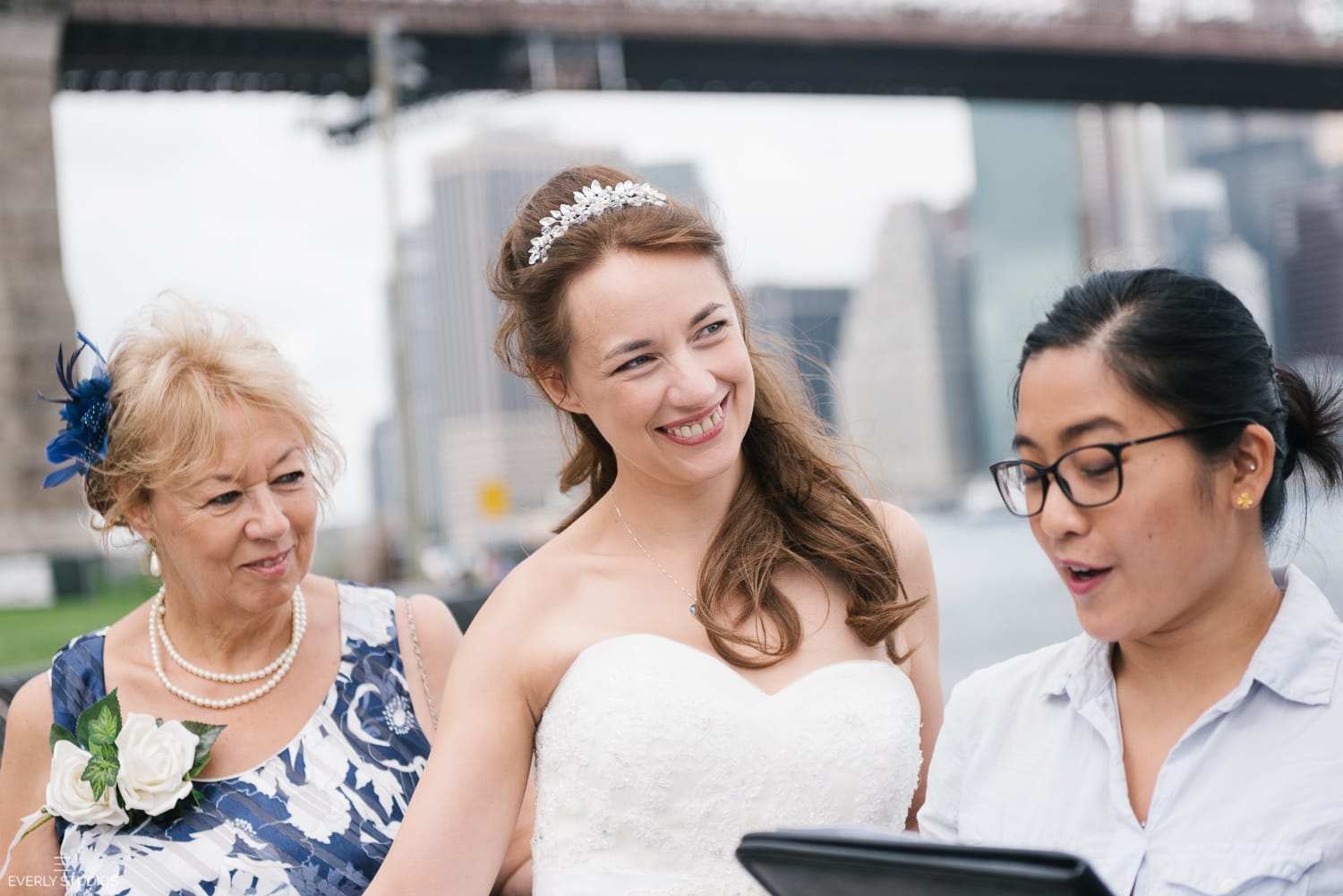 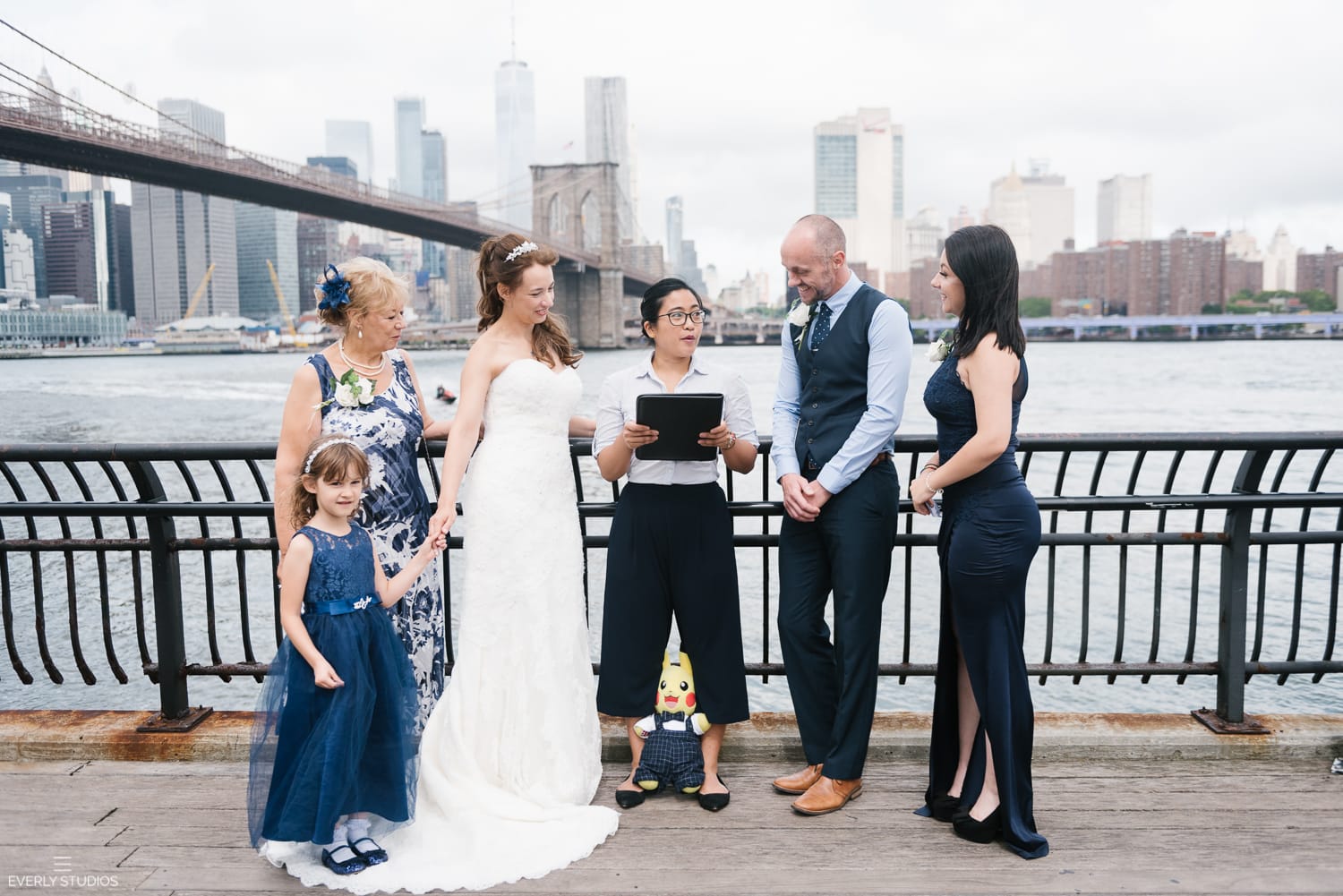 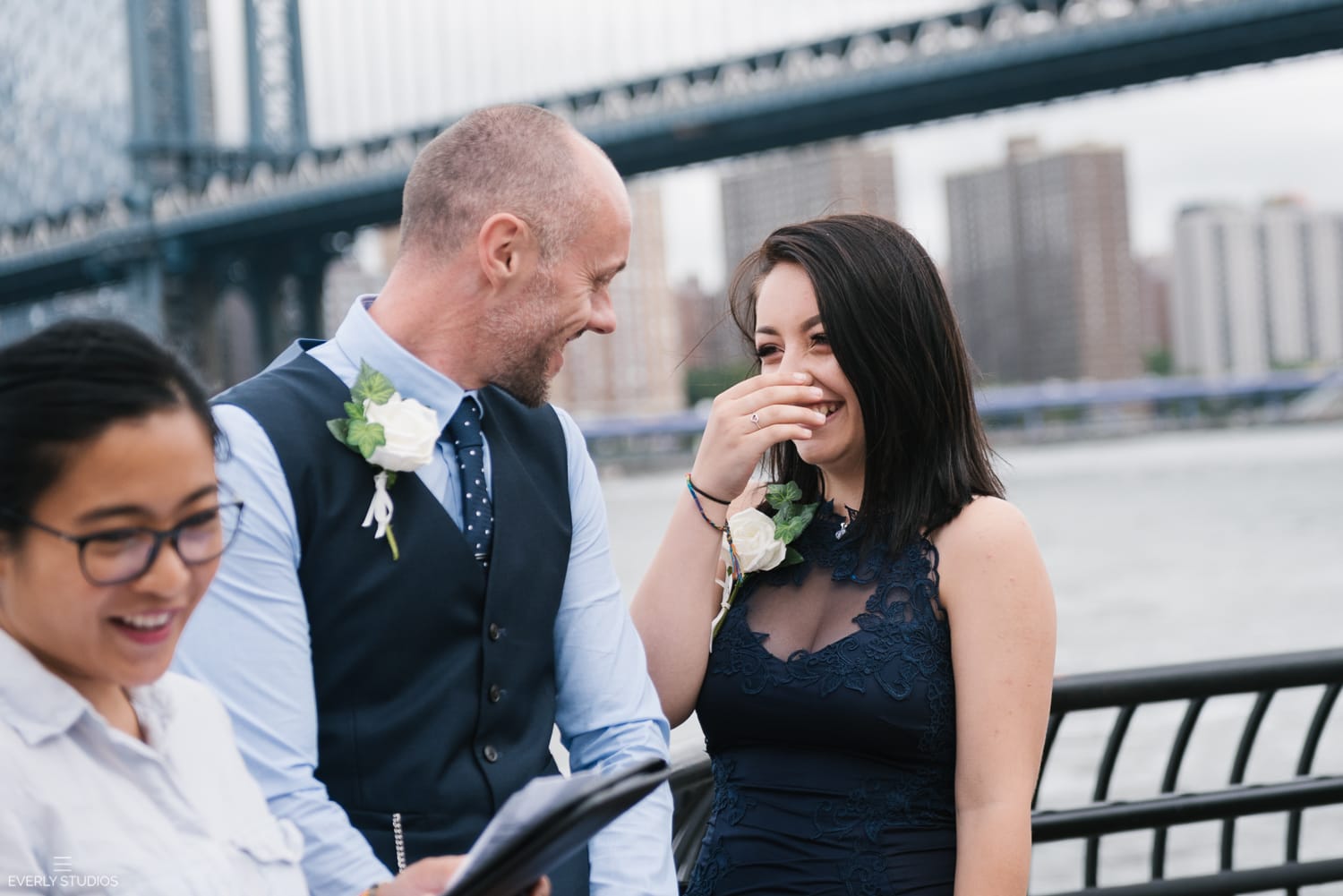 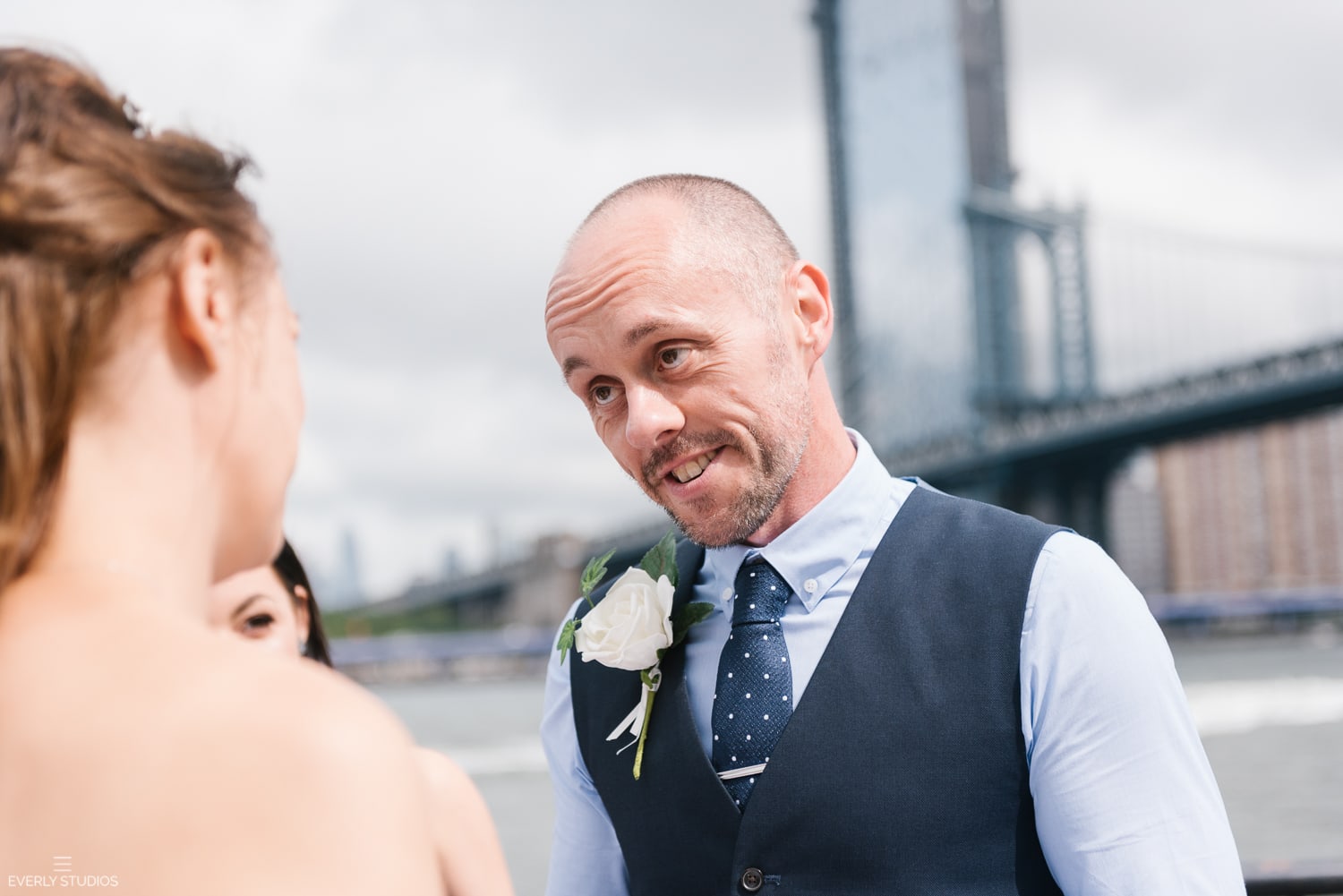 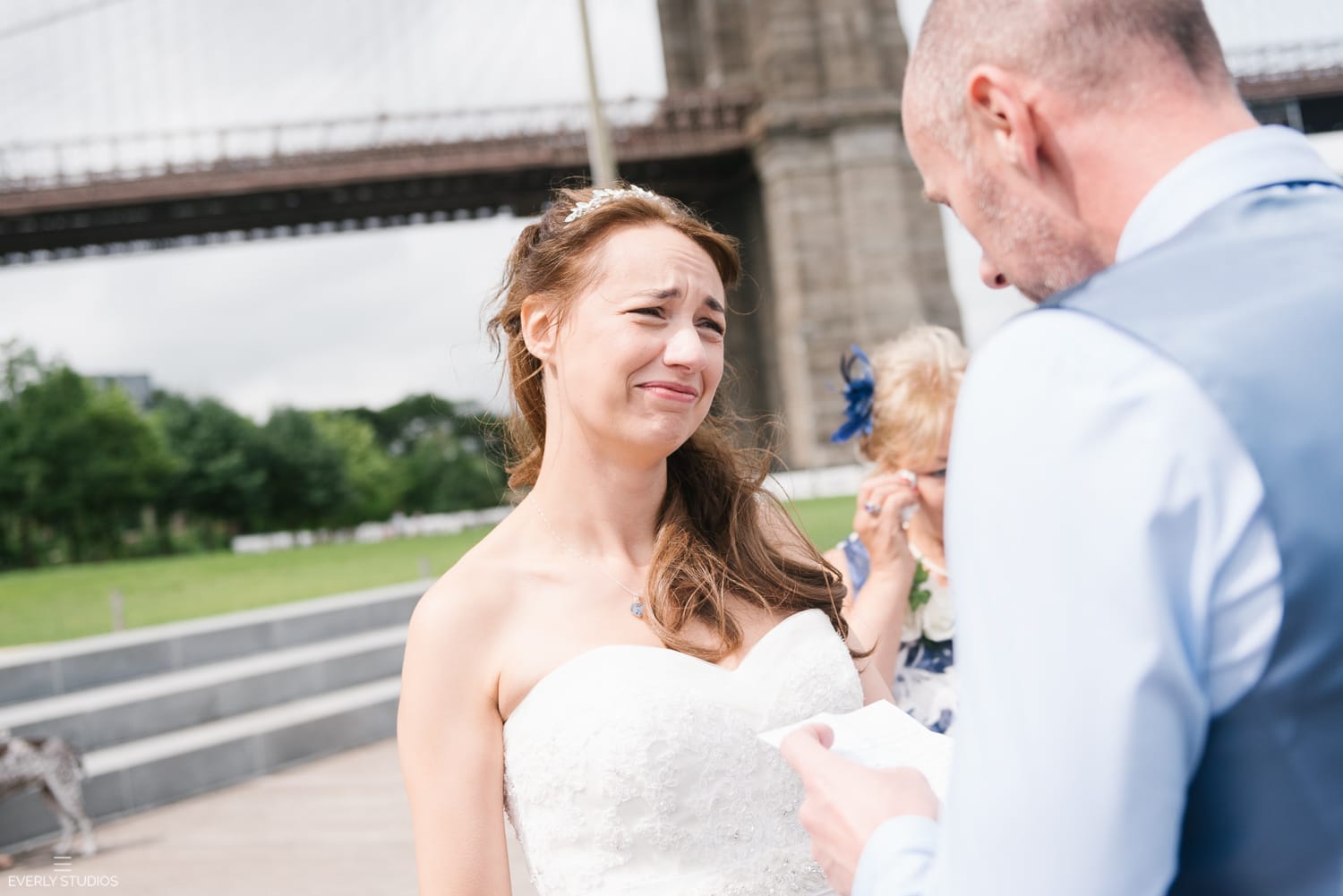 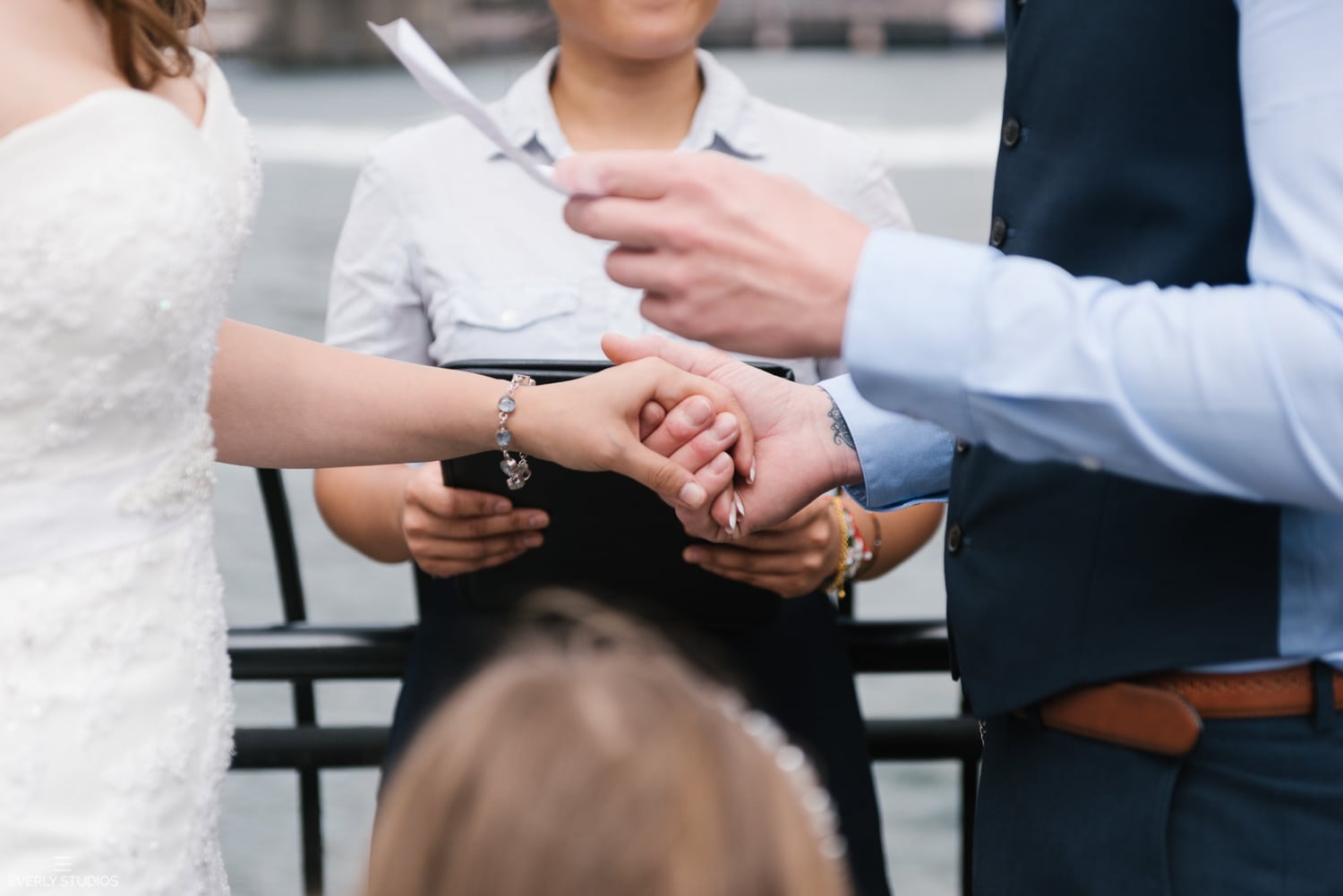 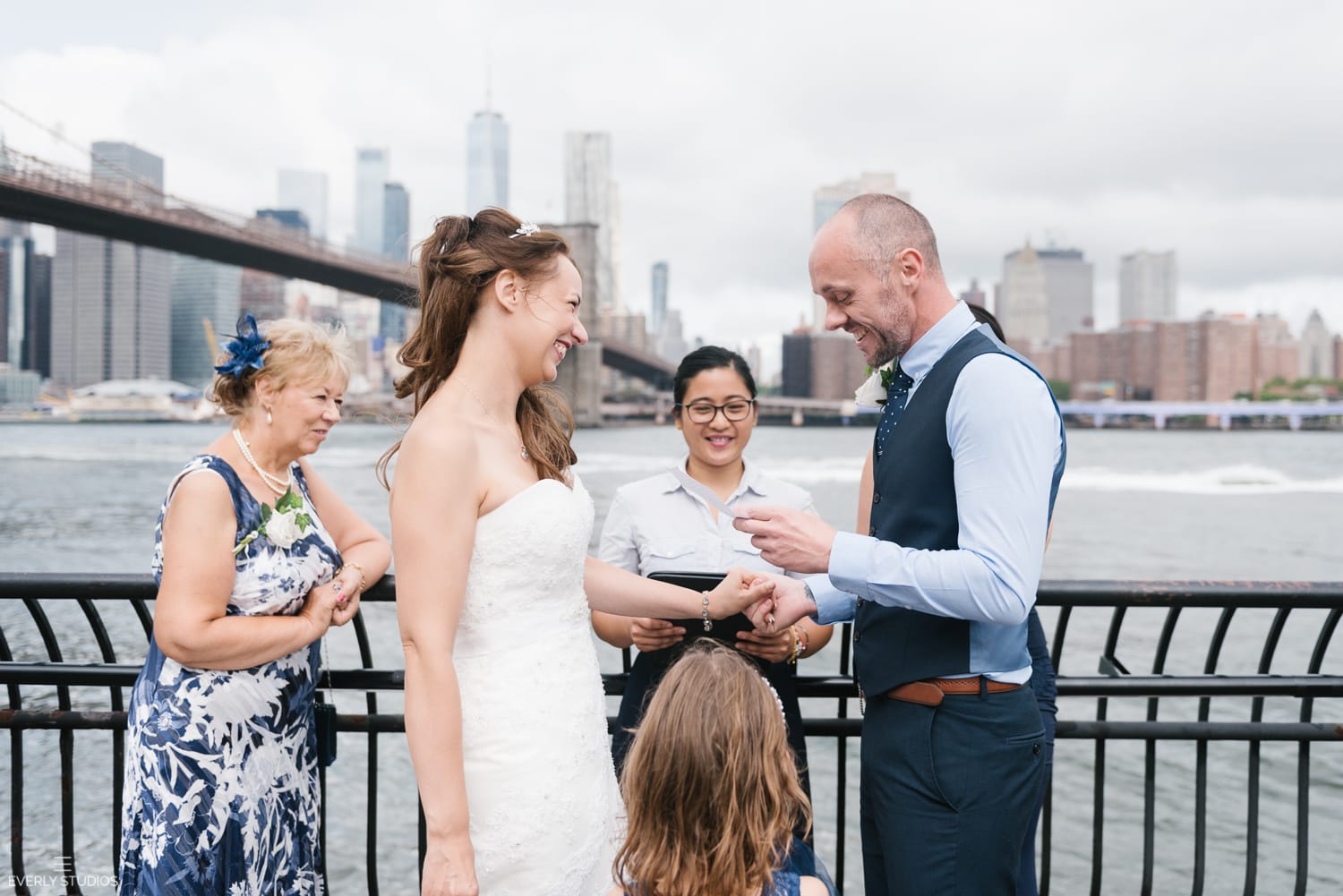 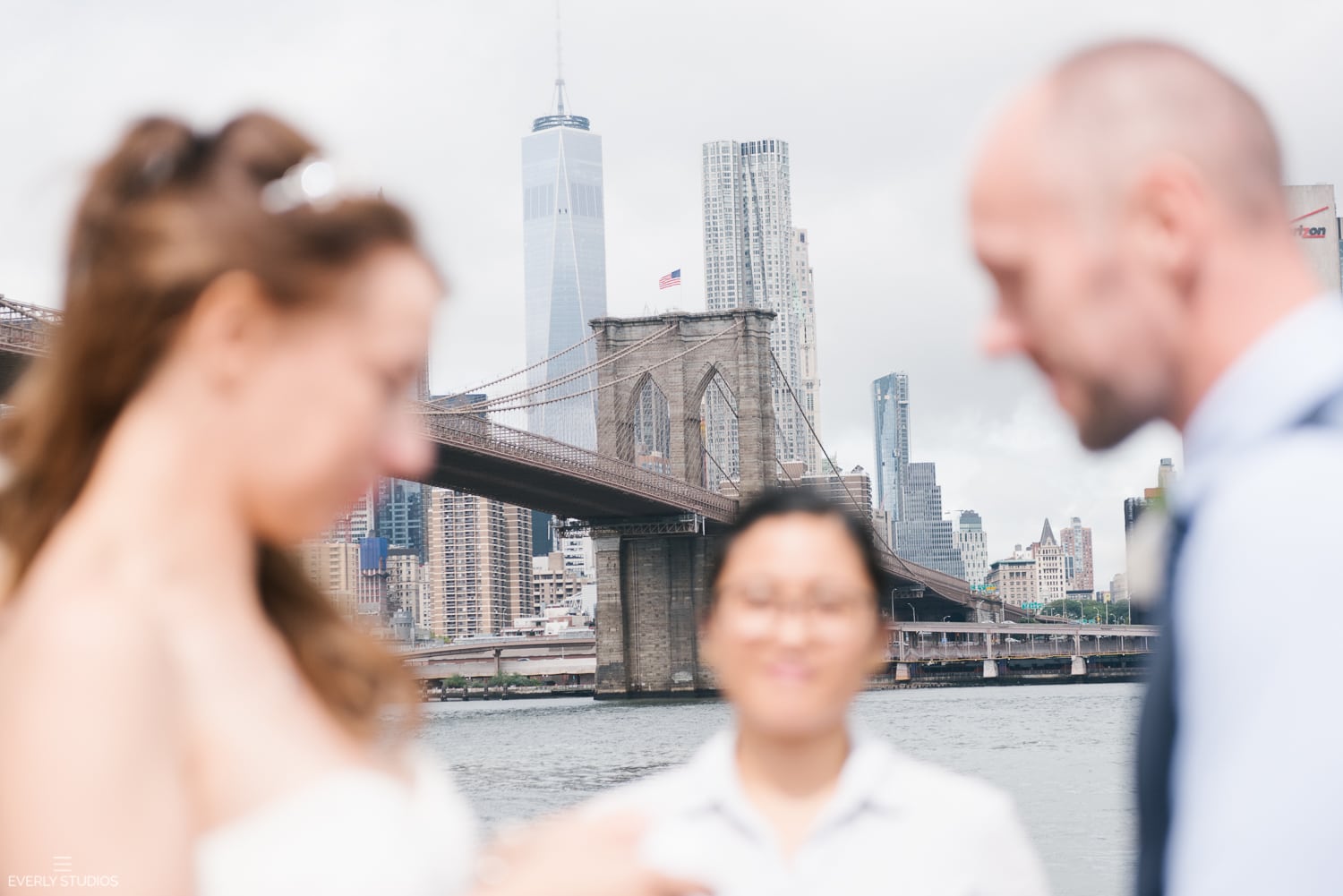 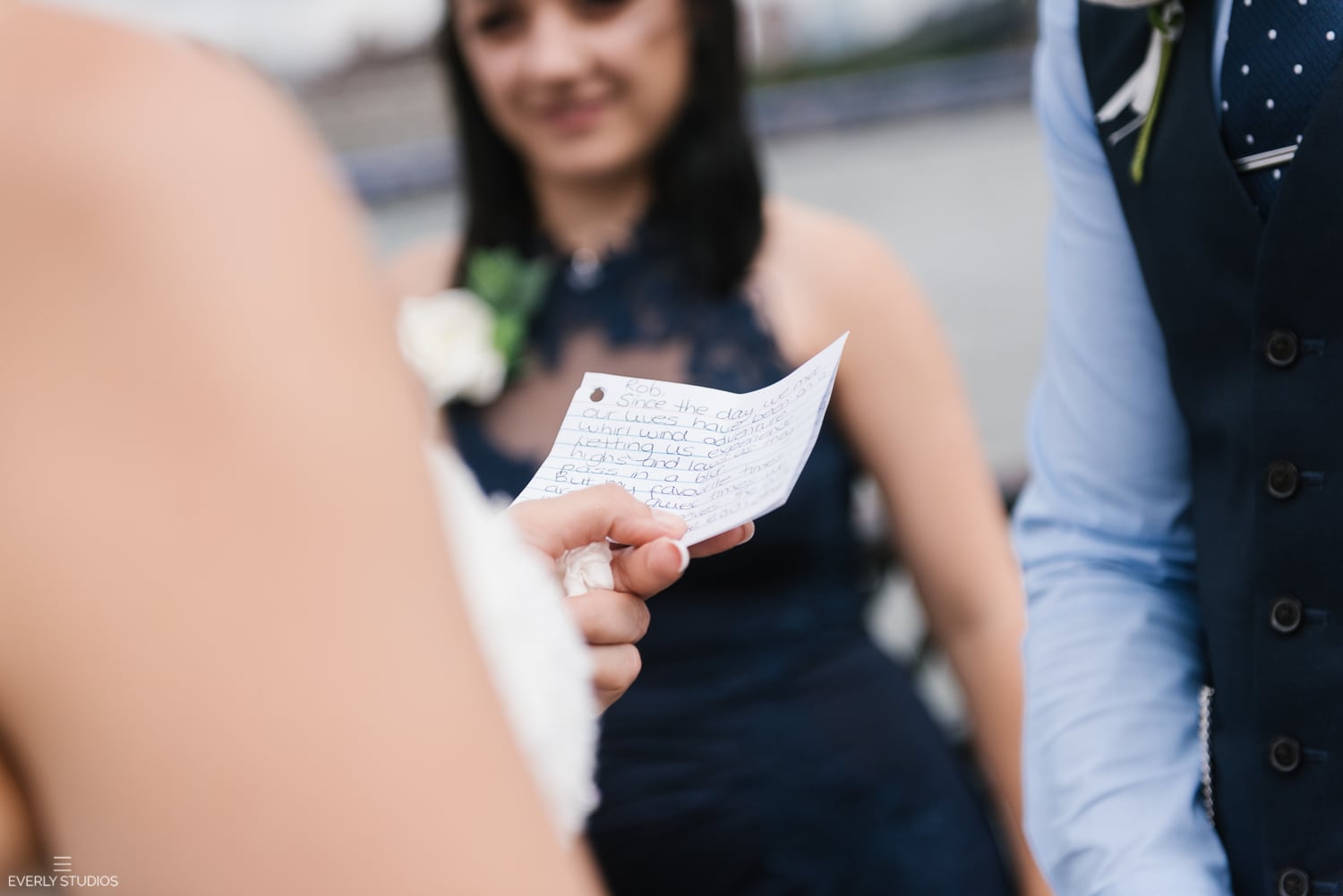 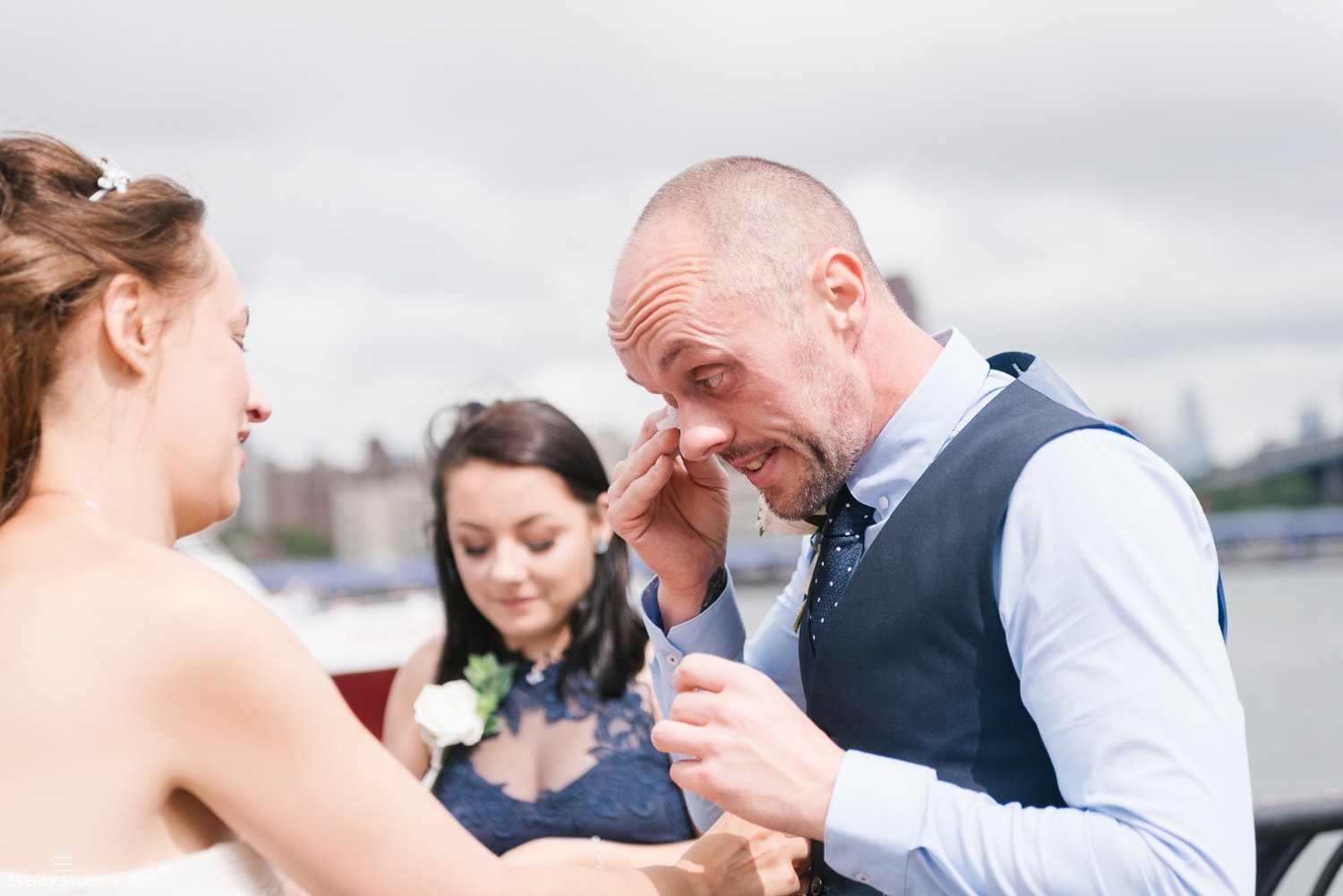 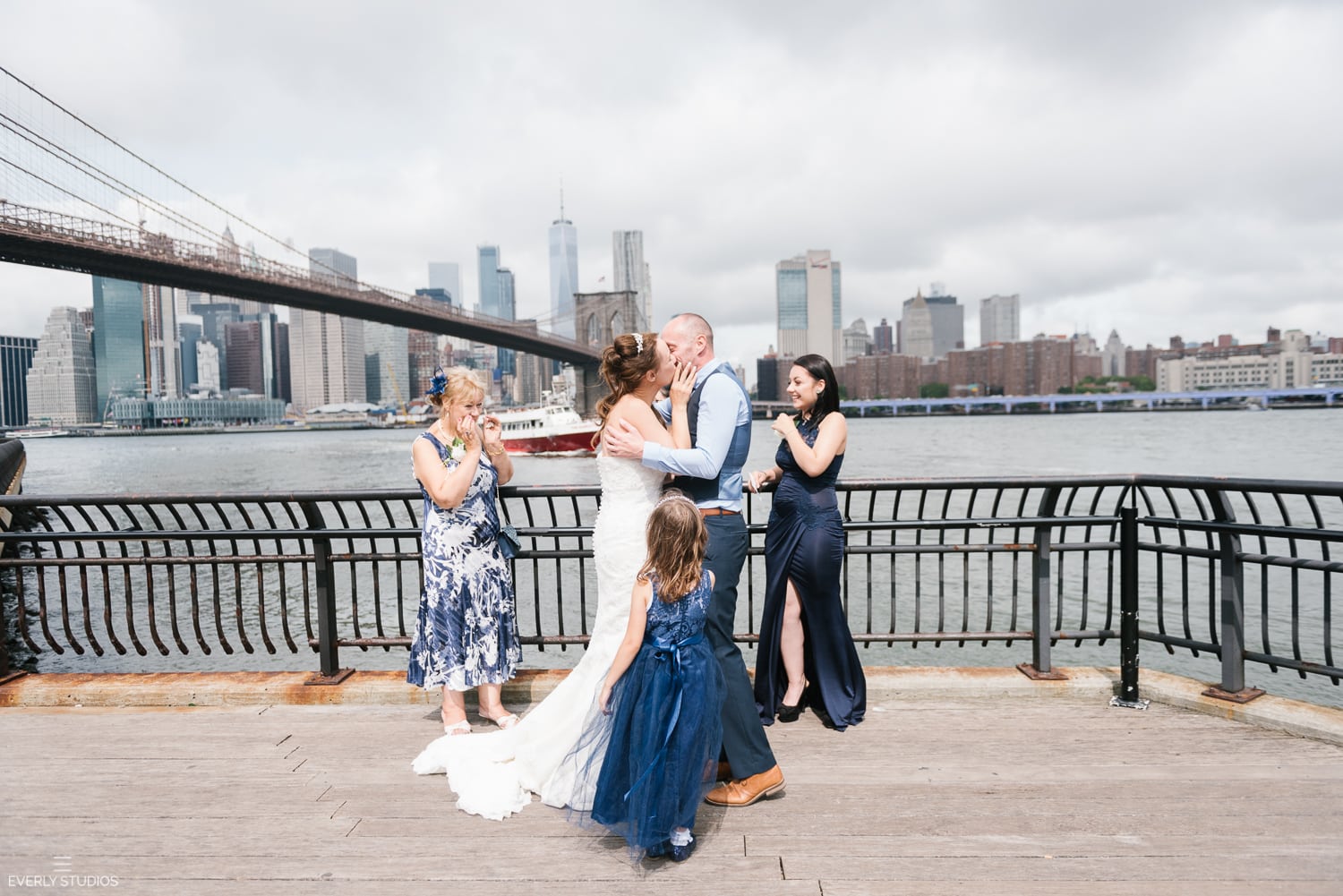 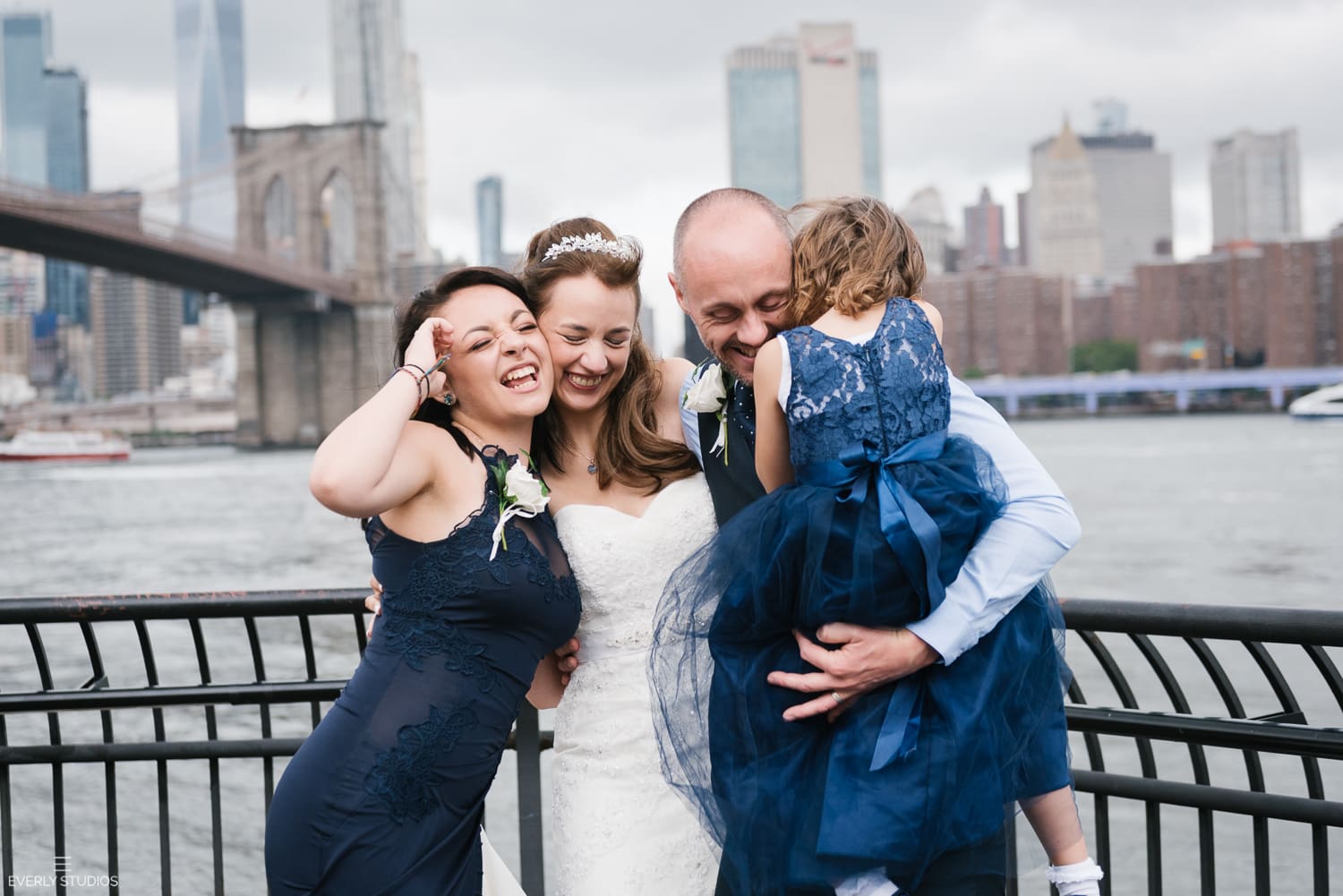 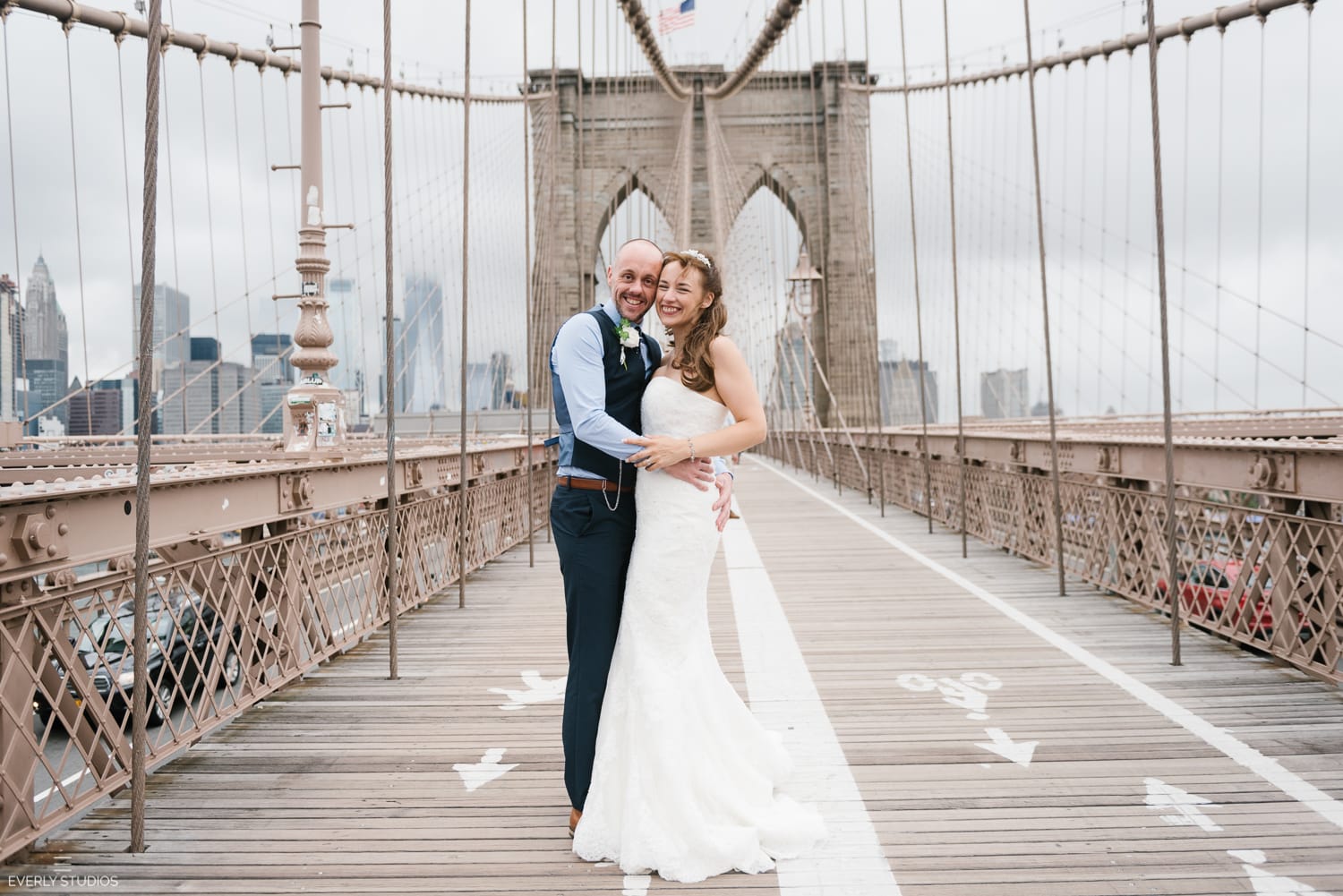 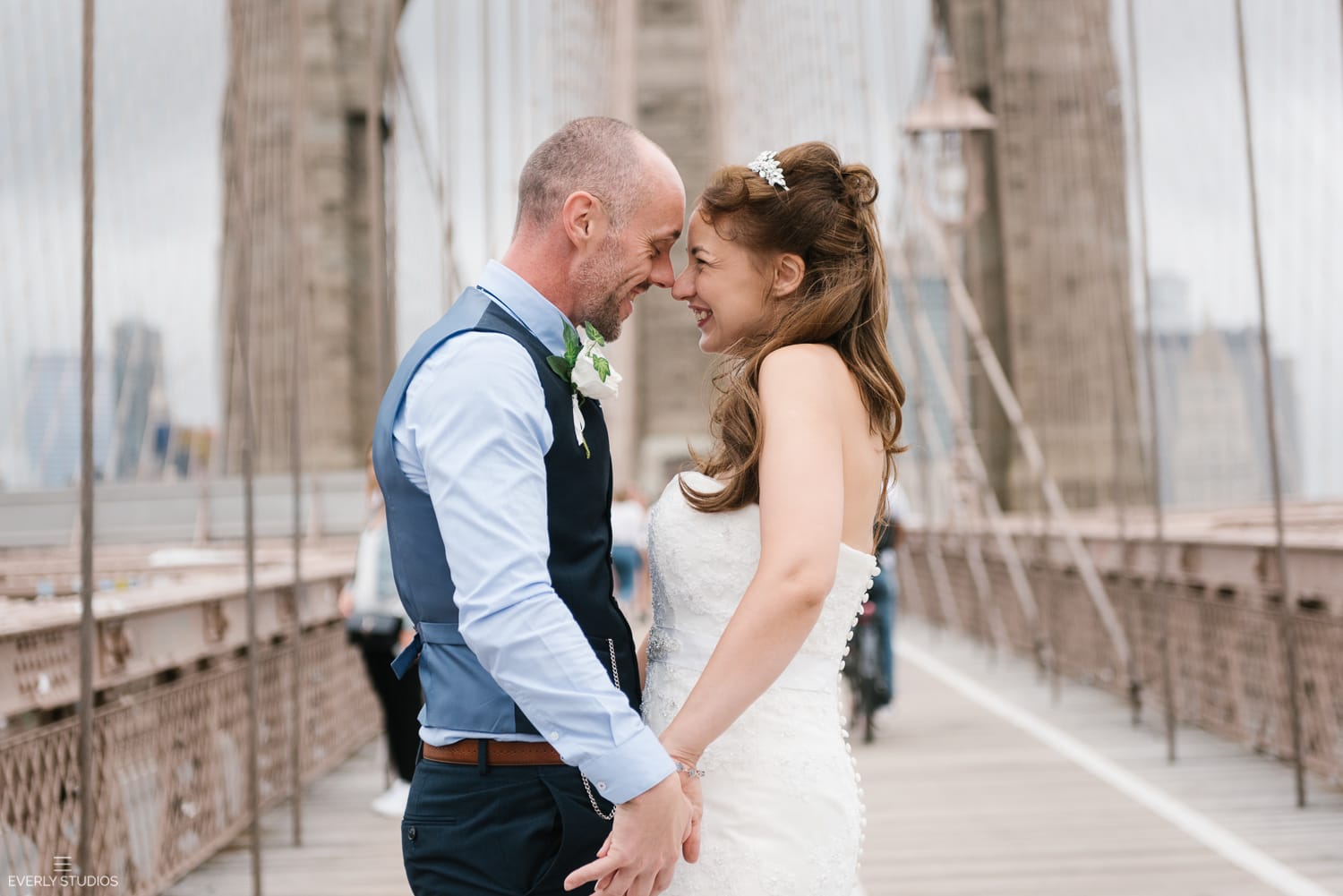 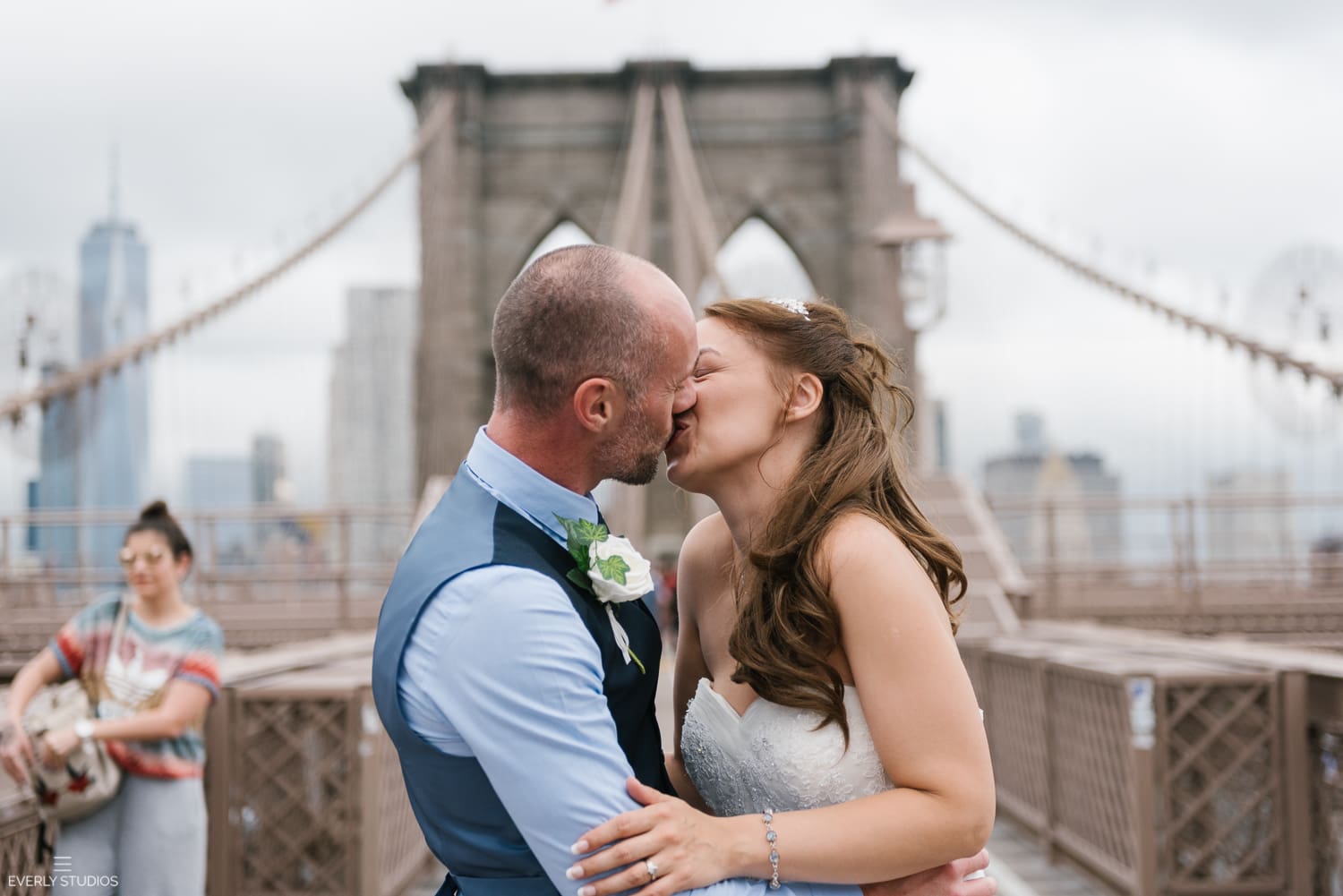 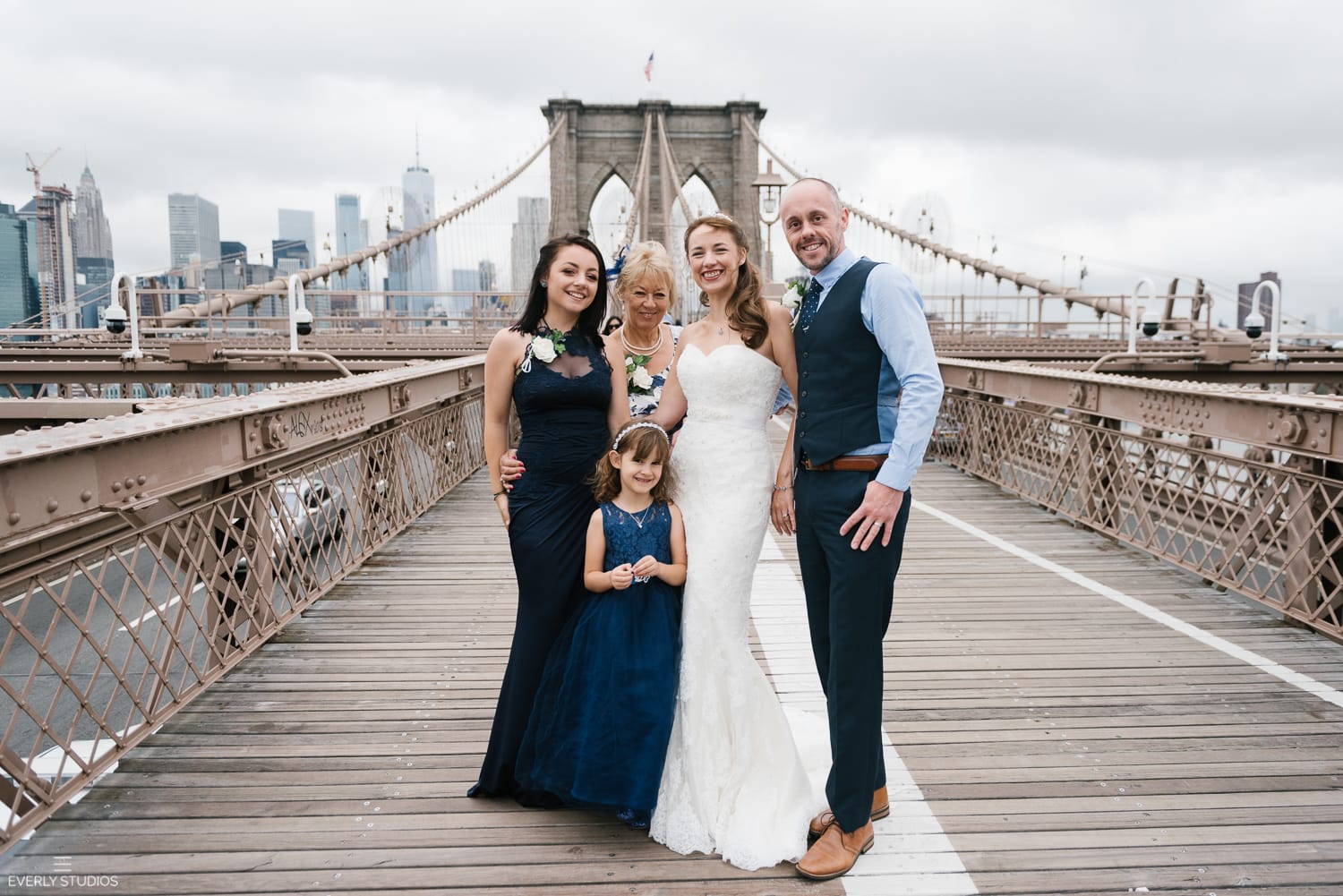 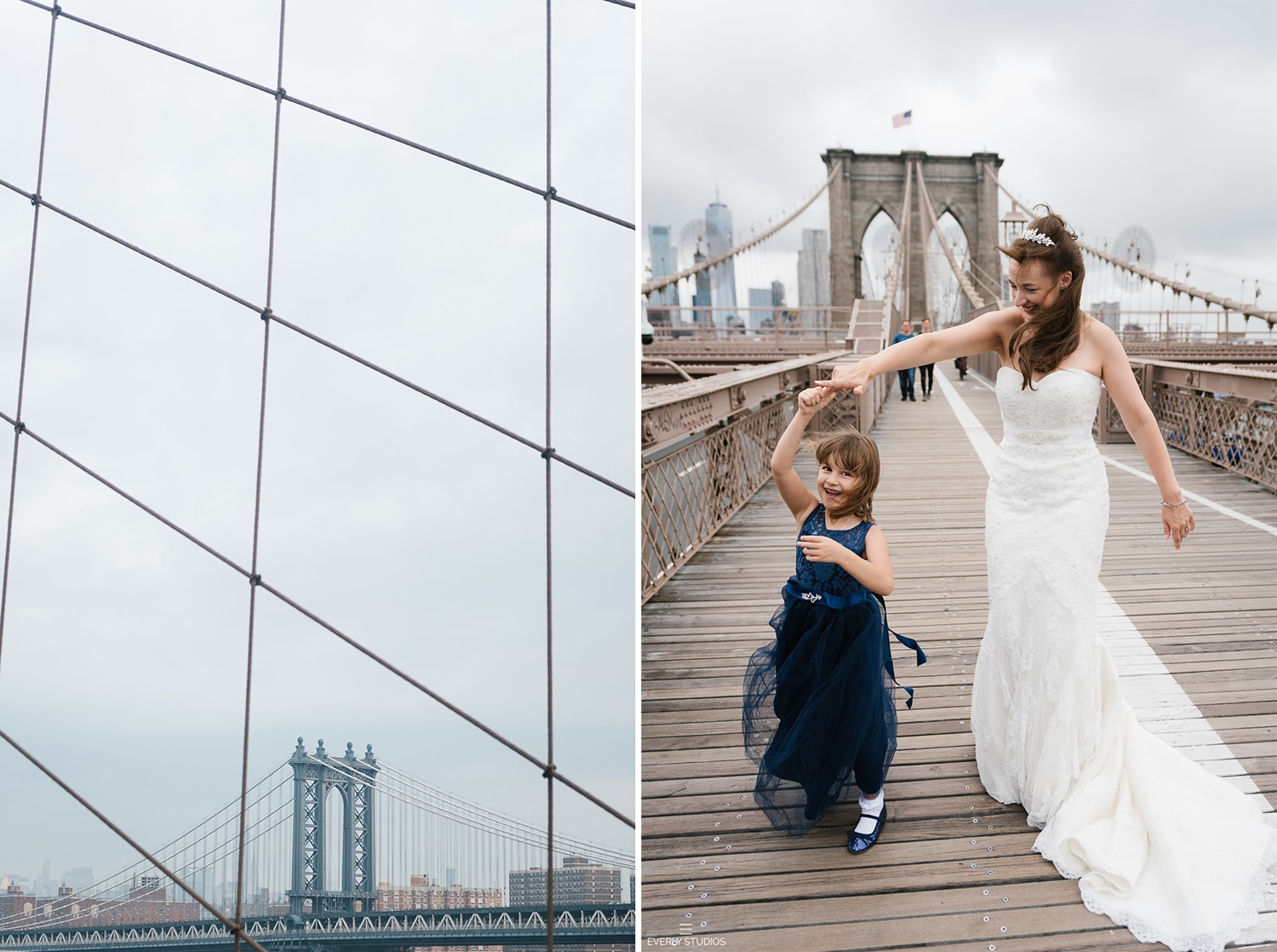 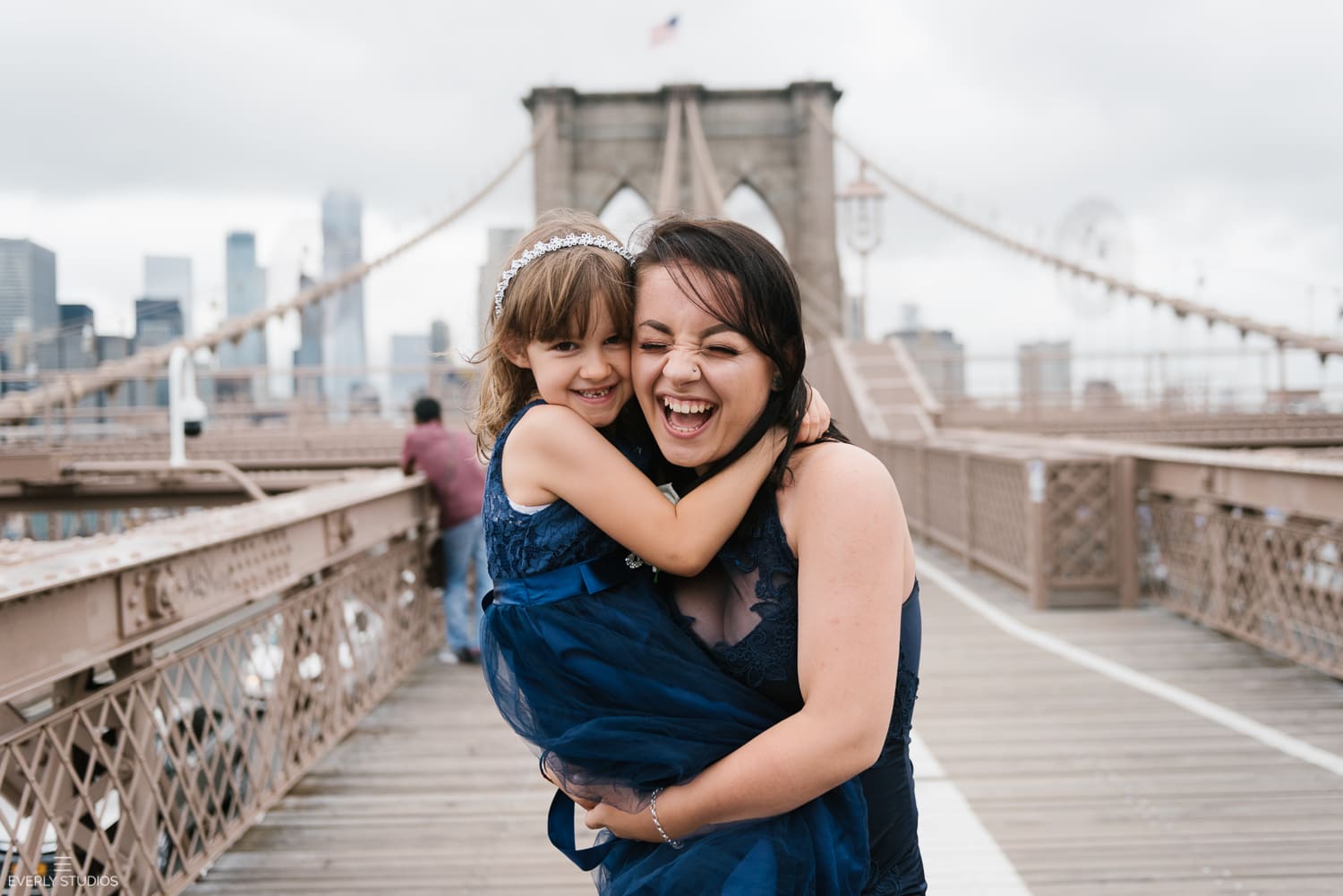 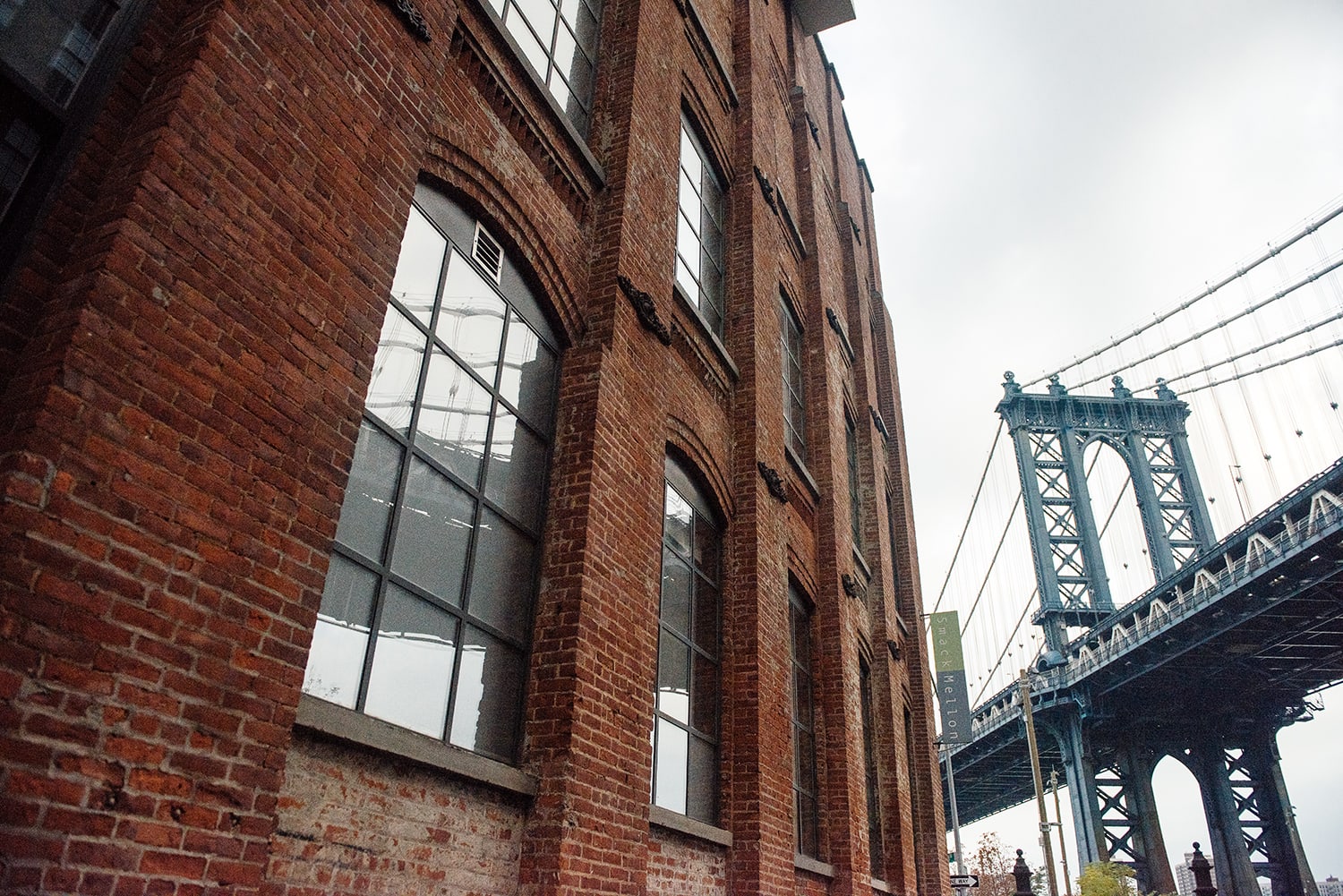 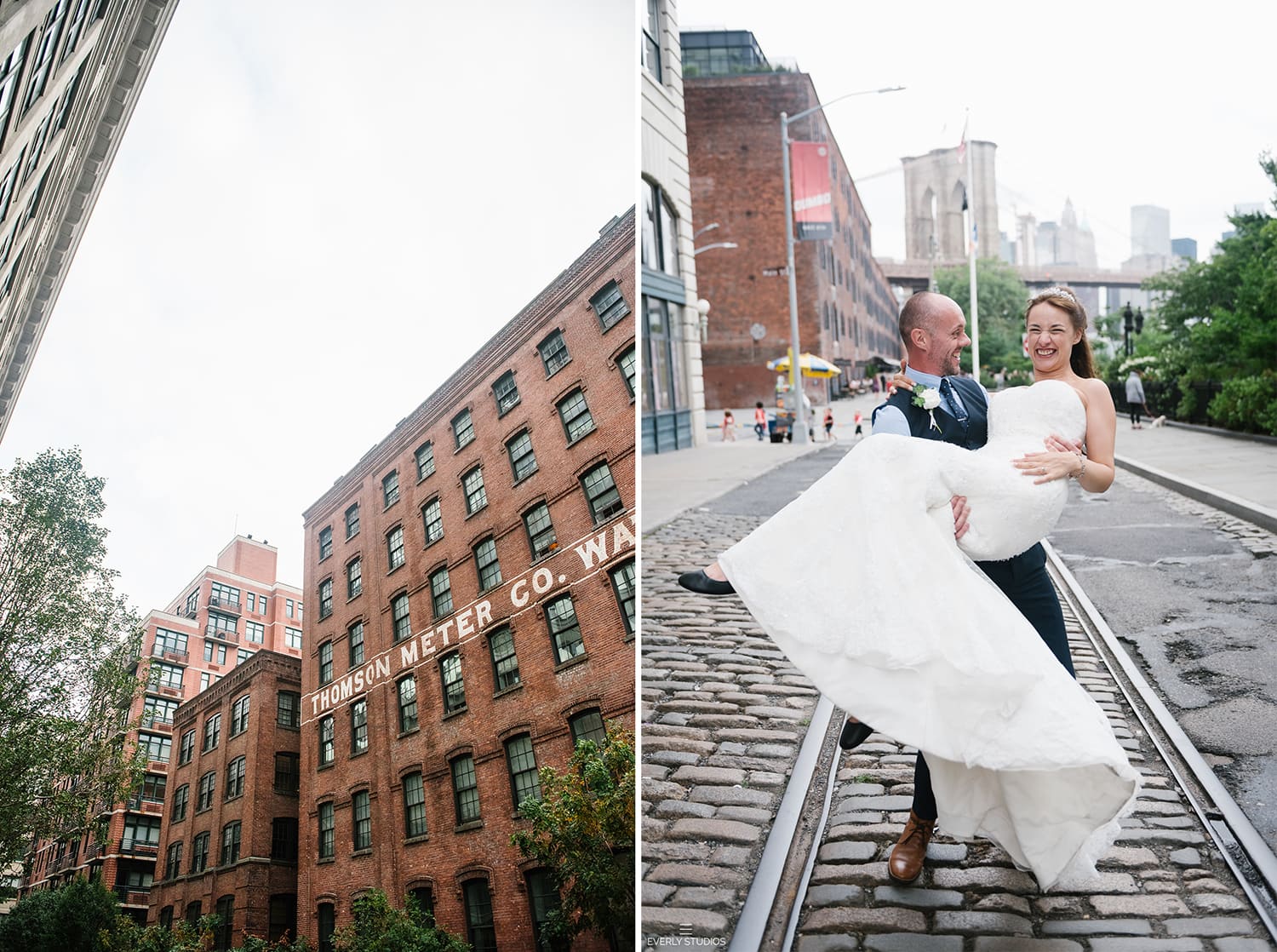 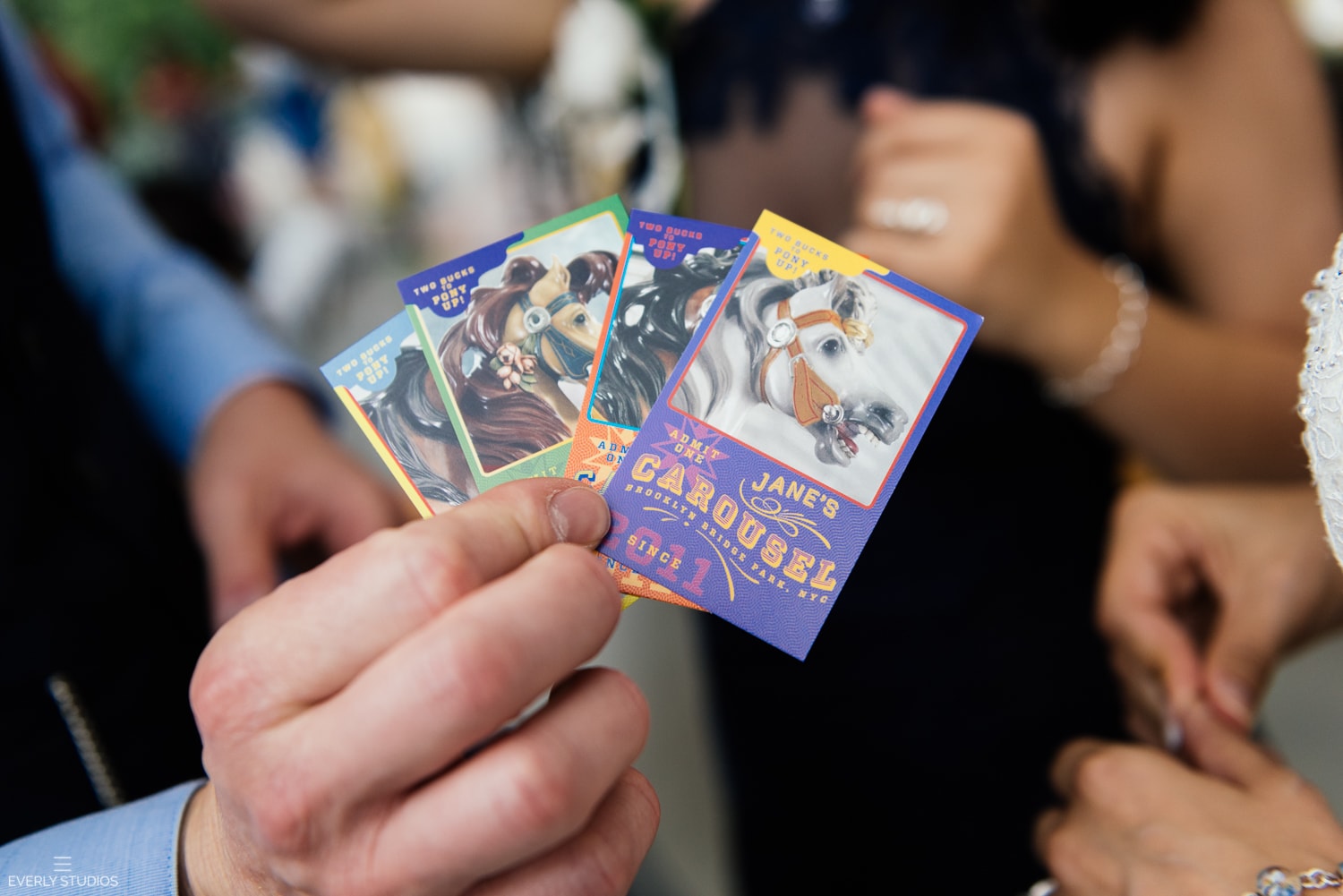 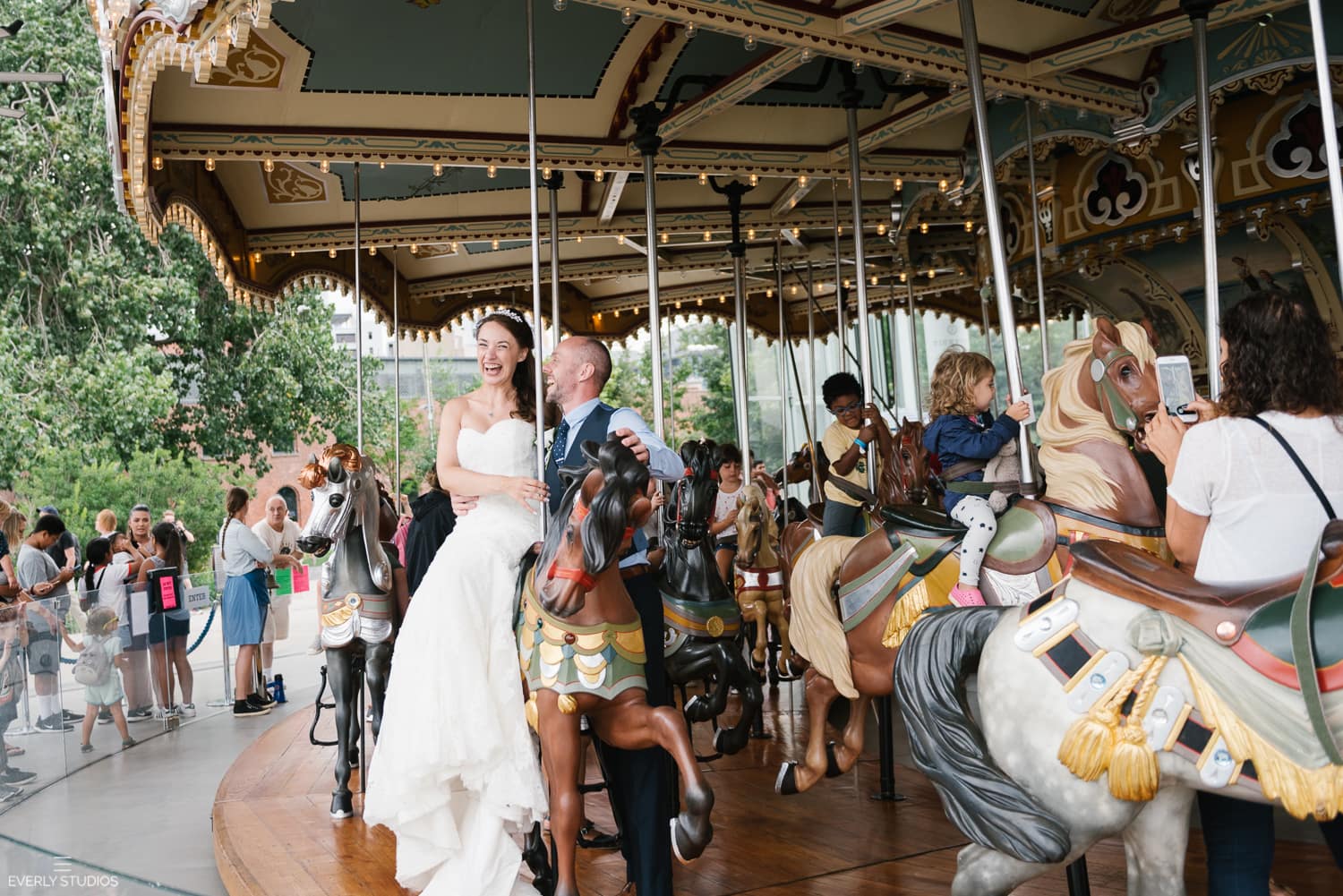 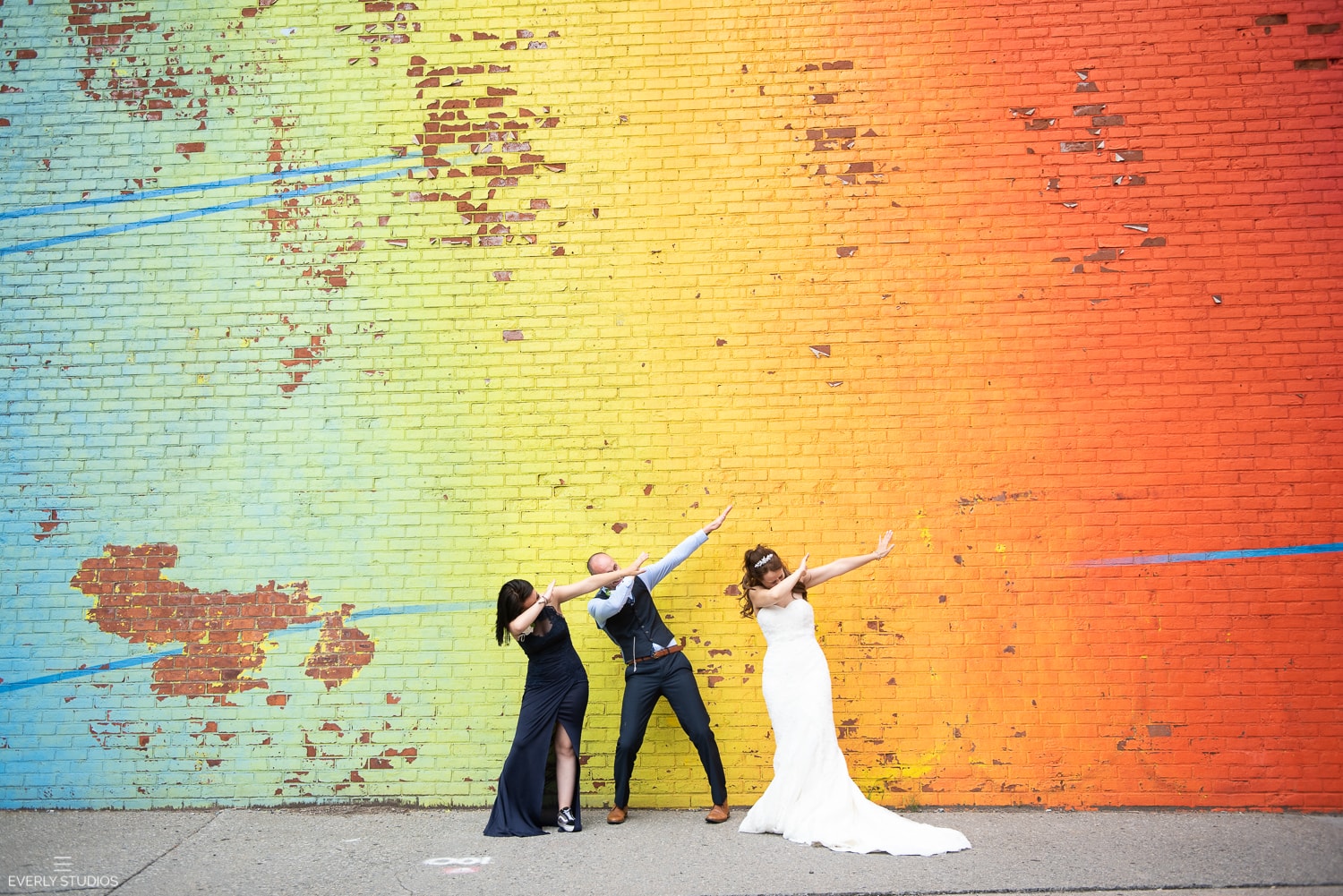 Thinking of a New York elopement? Read on:

[…] leaving Manhattan; Brooklyn is one of the best places to elope in NYC for that big city look, and Brooklyn Bridge Park is just a short cab ride over from […]