Brooklynites Yuxin and Arthur decided on getting married at Brooklyn City Hall as a nod to their home borough, rather than tying the knot at the more popular Manhattan Marriage Bureau. Plus, the bride, a visual designer, preferred the colorful glass mosaic ceremony background in the Brooklyn Marriage Bureau to the paintings in the Manhattan one.

With a handful of white roses culled from the corner bodega, the couple met me in the Brooklyn Municipal Building and excitedly pulled a numbered ticket. It being a midweek afternoon, we got lucky with a short wait. The ceremony was short and sweet — just how they wanted it. And less than an hour later, we were outside again.

Just across the street was Borough Hall Plaza, a perfect portrait backdrop after getting married at Brooklyn City Hall. The pillars and steps of the building, coupled with stark black iron fencing and blooming spring greenery, was exactly the modern city look they were going for. The result: a simple, modern spring Brooklyn City Hall wedding. 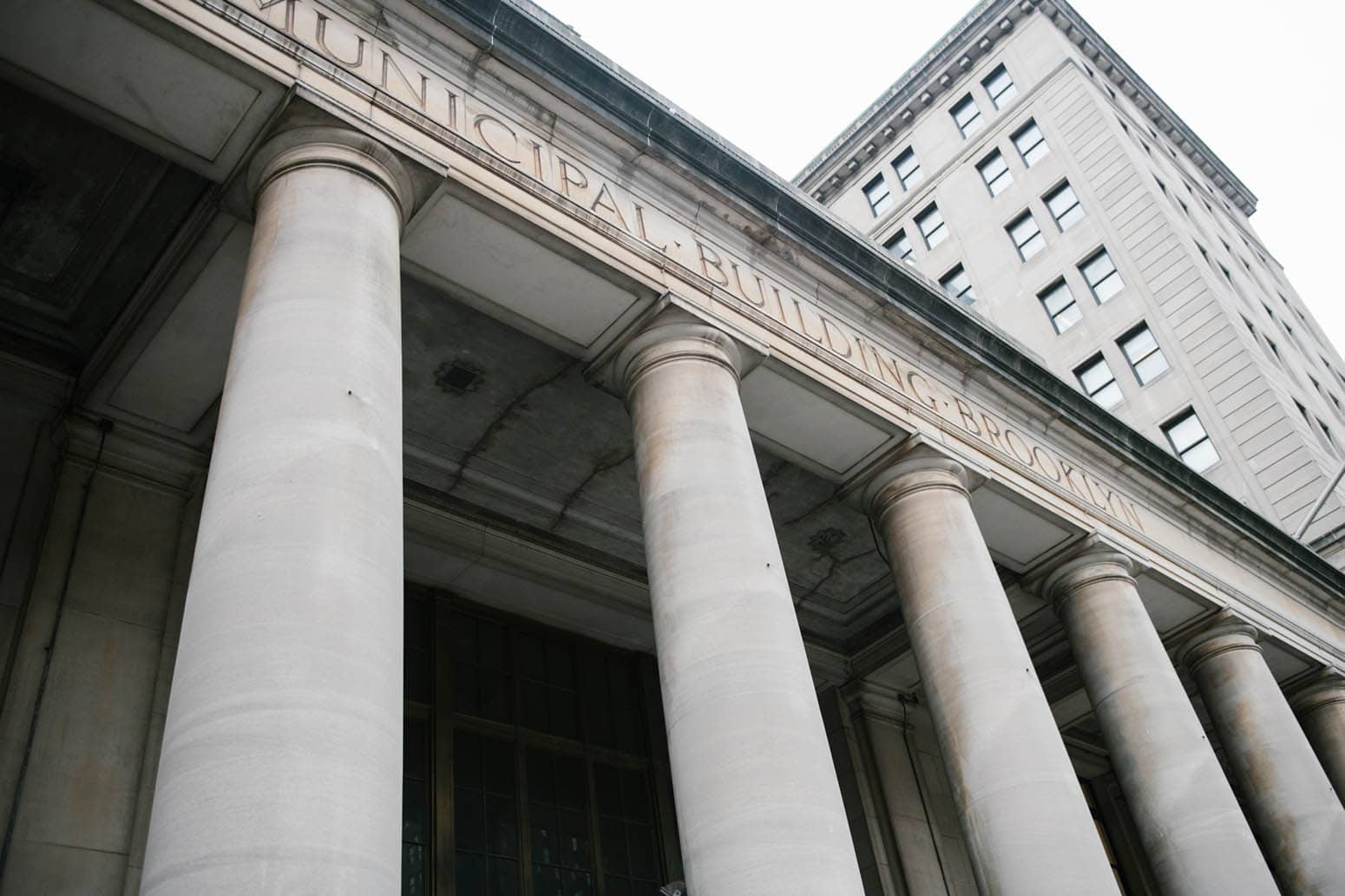 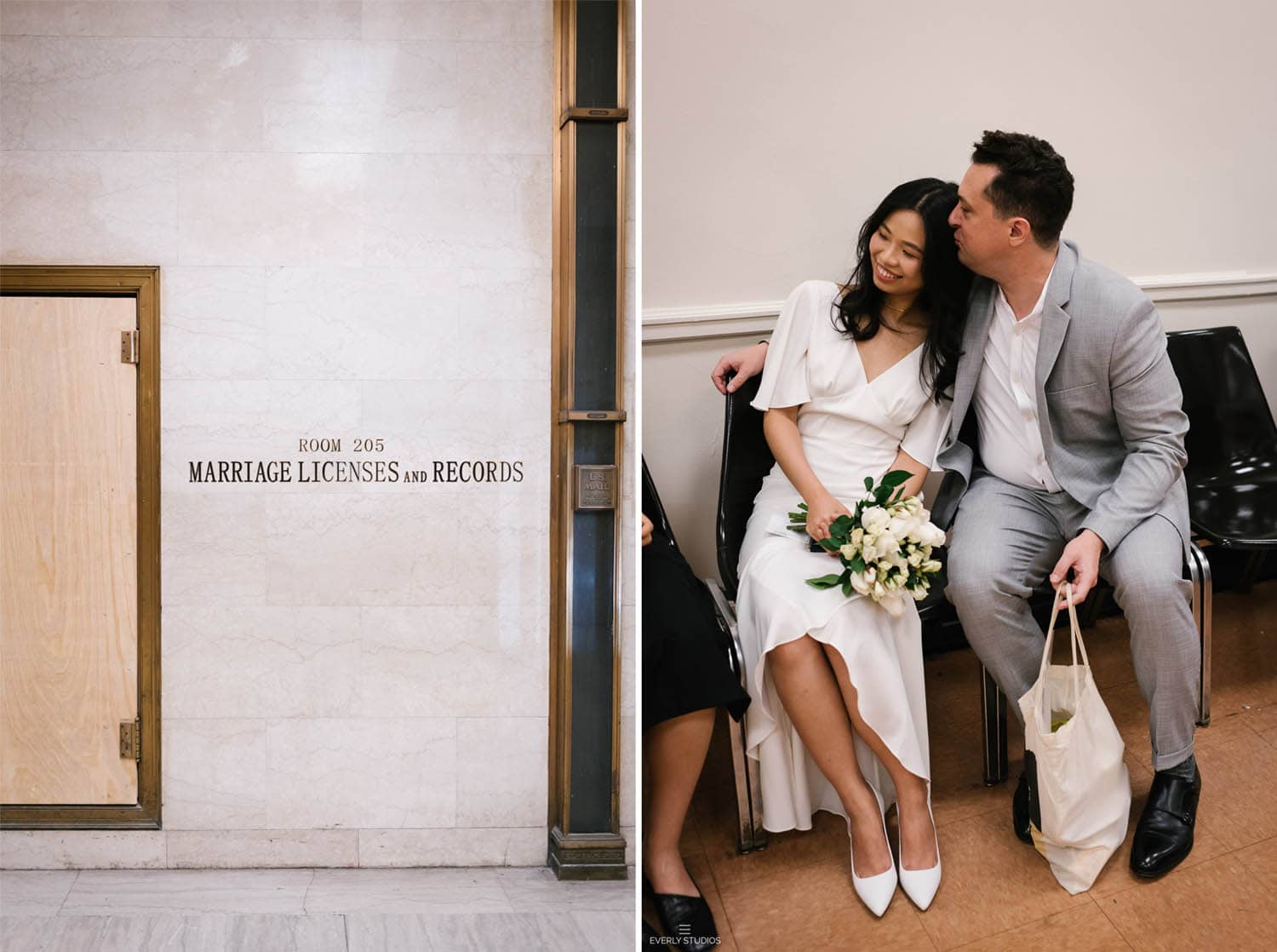 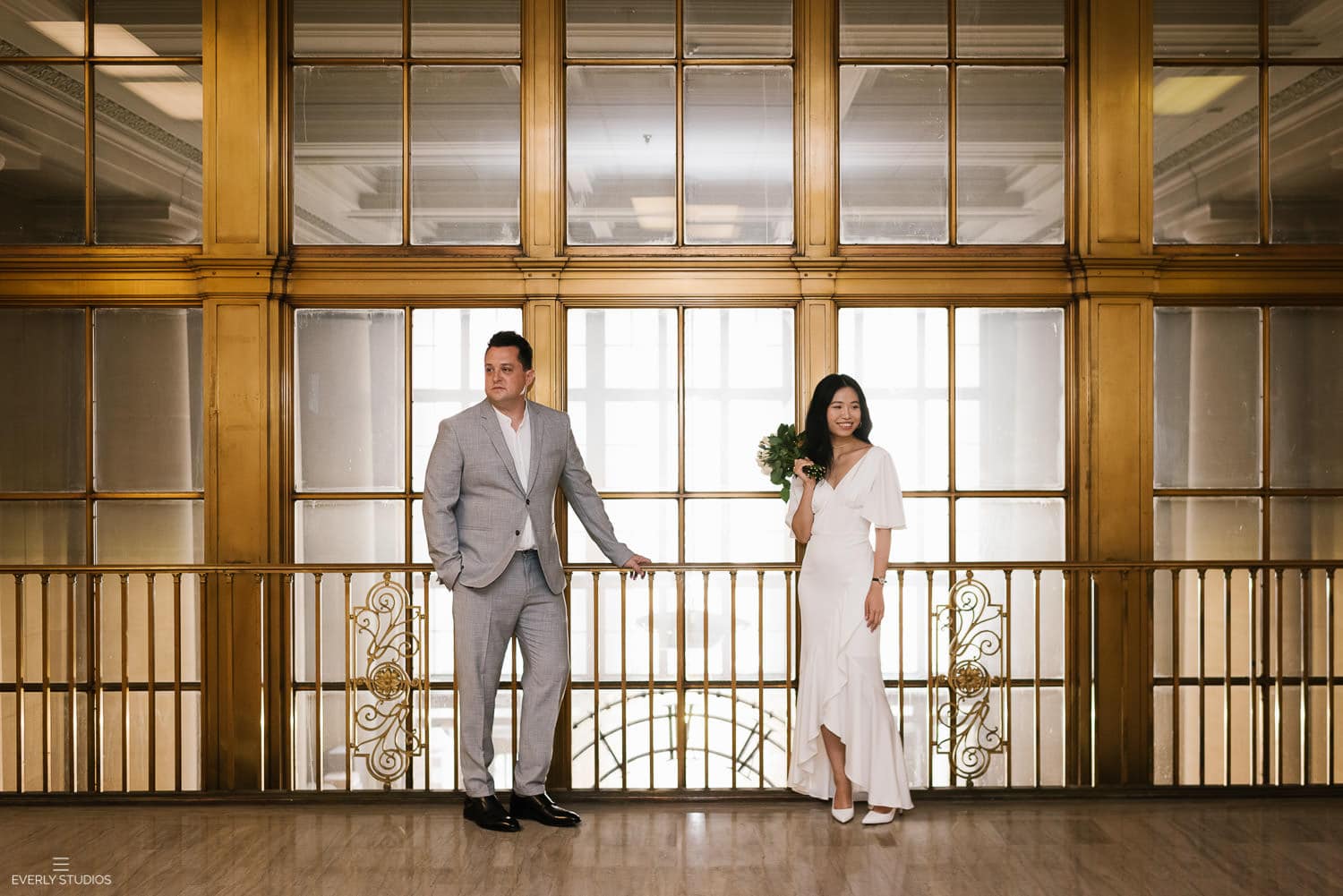 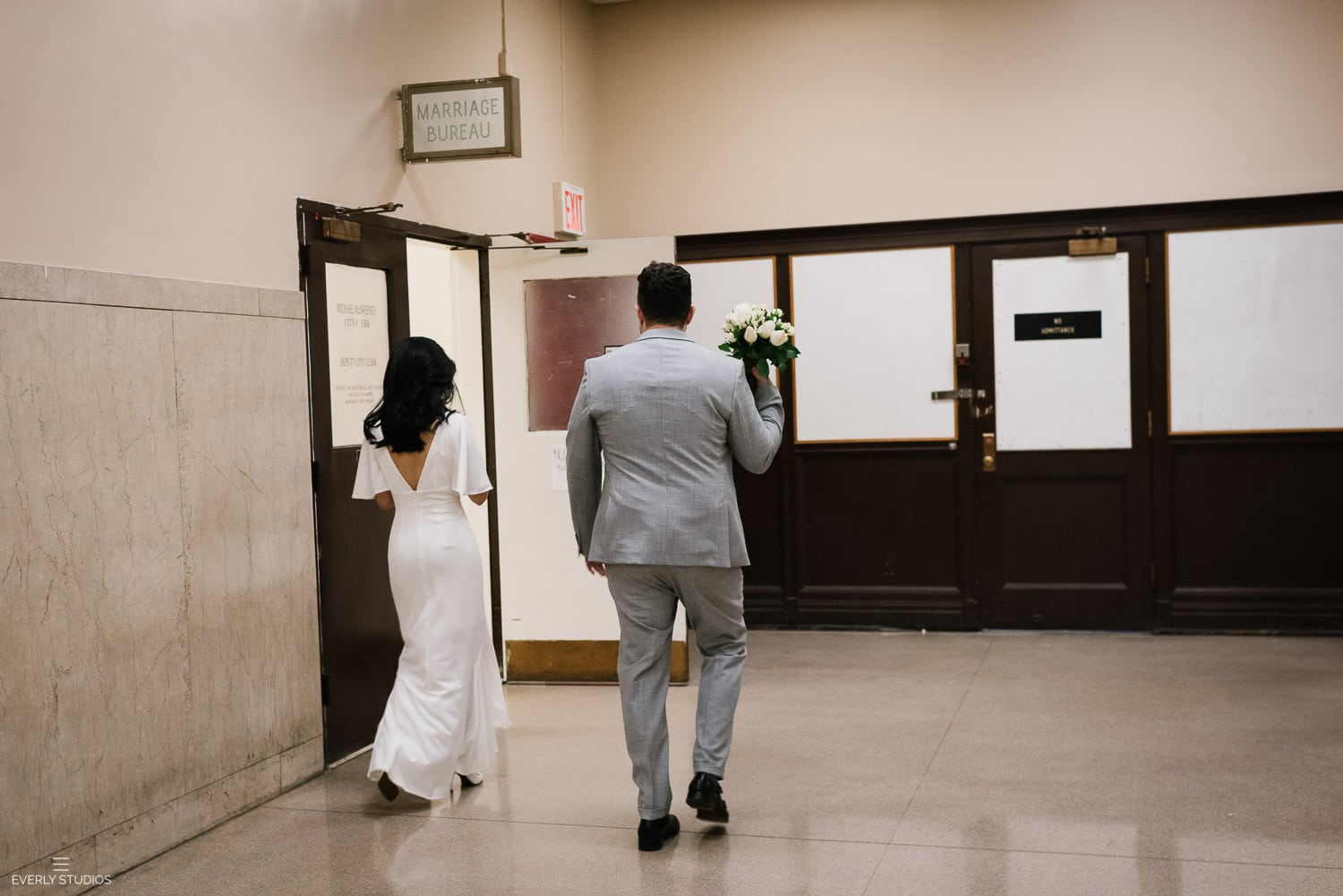 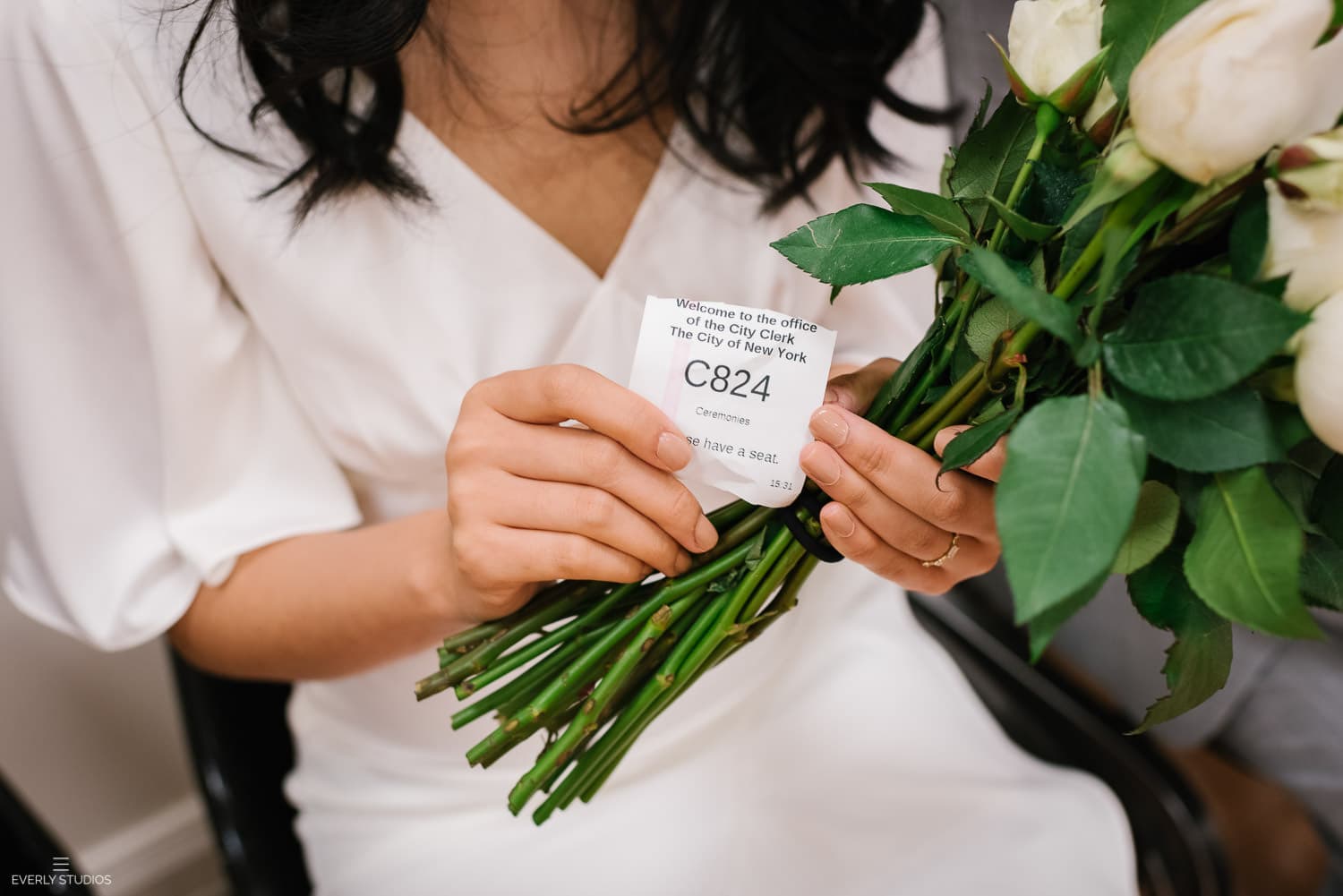 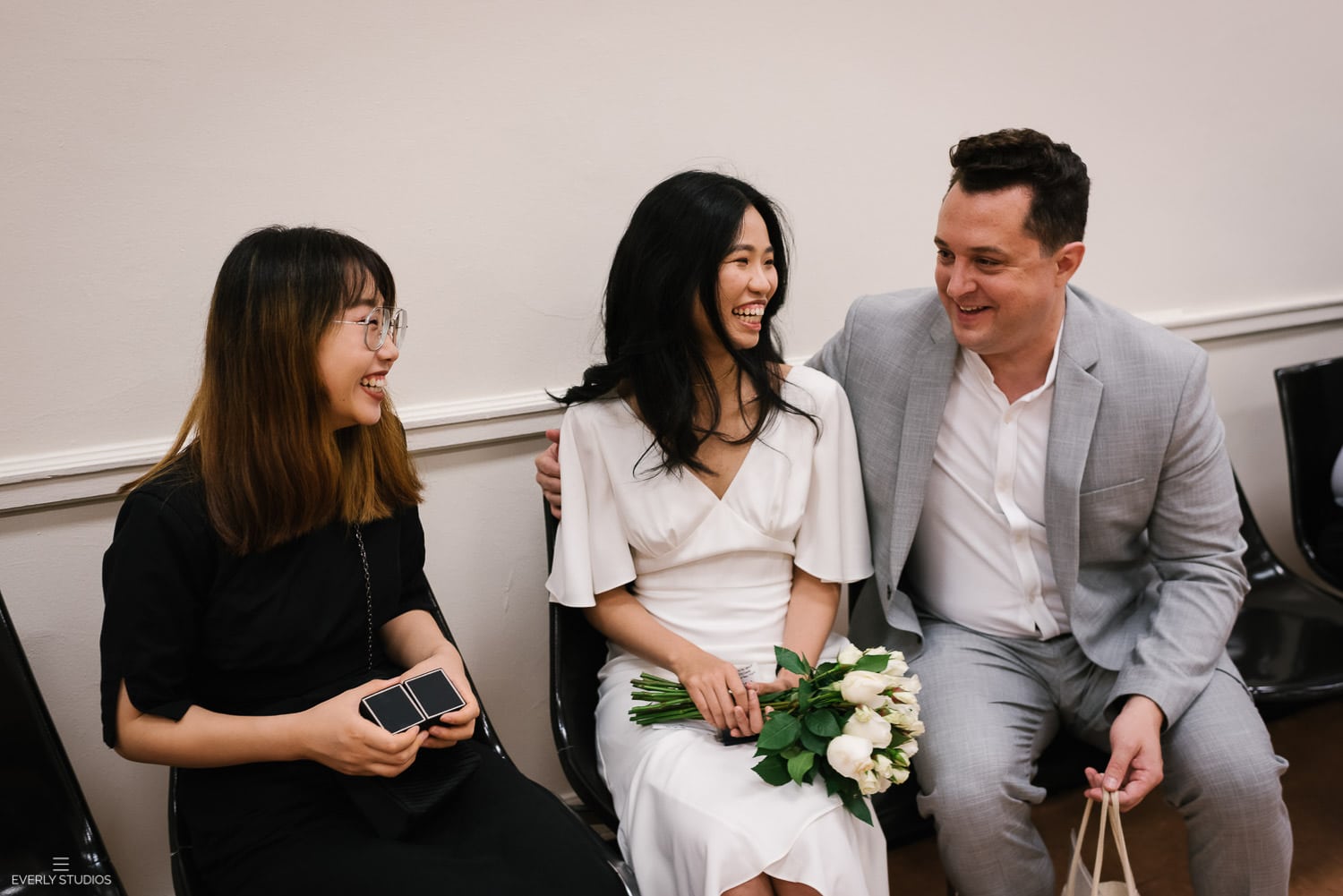 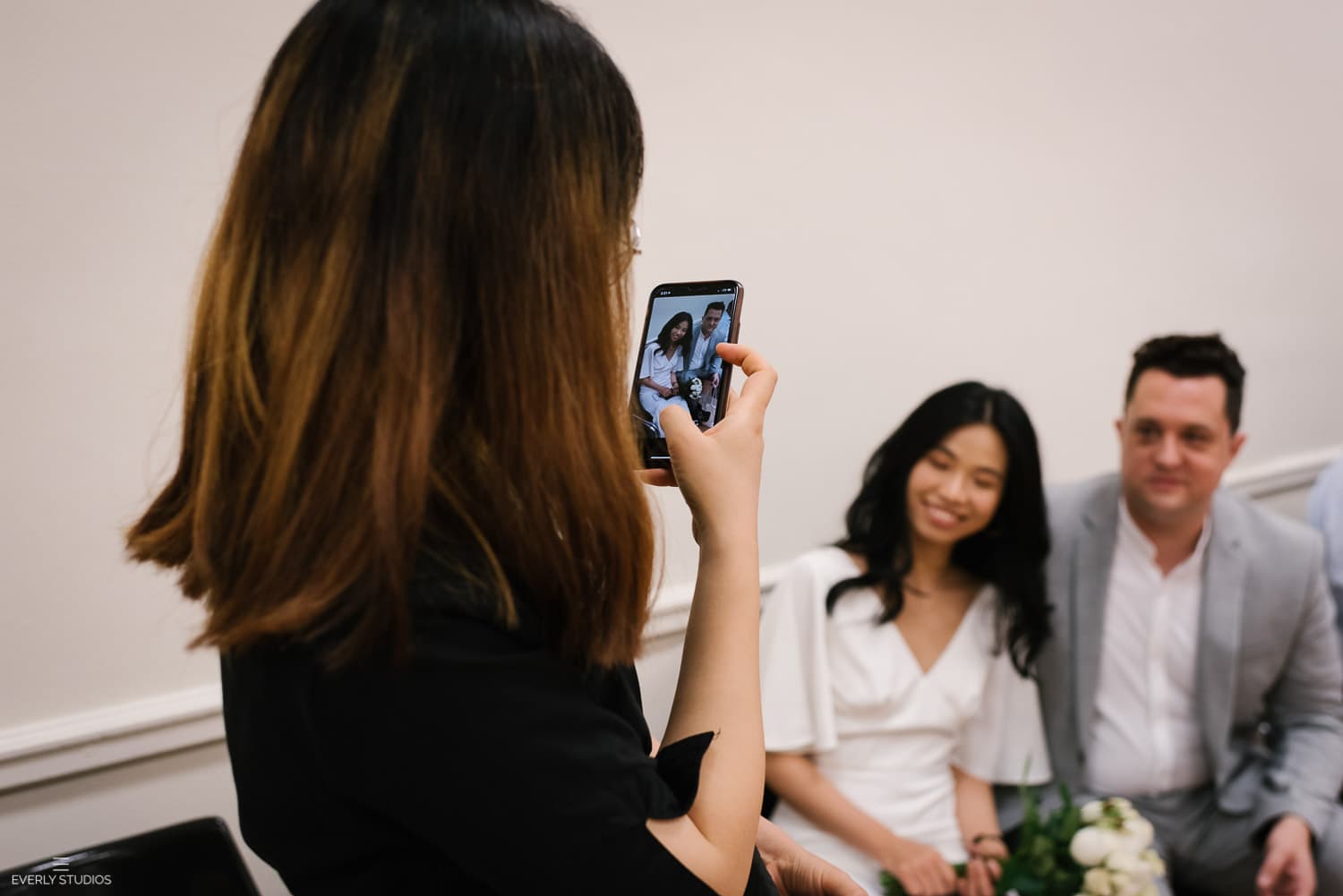 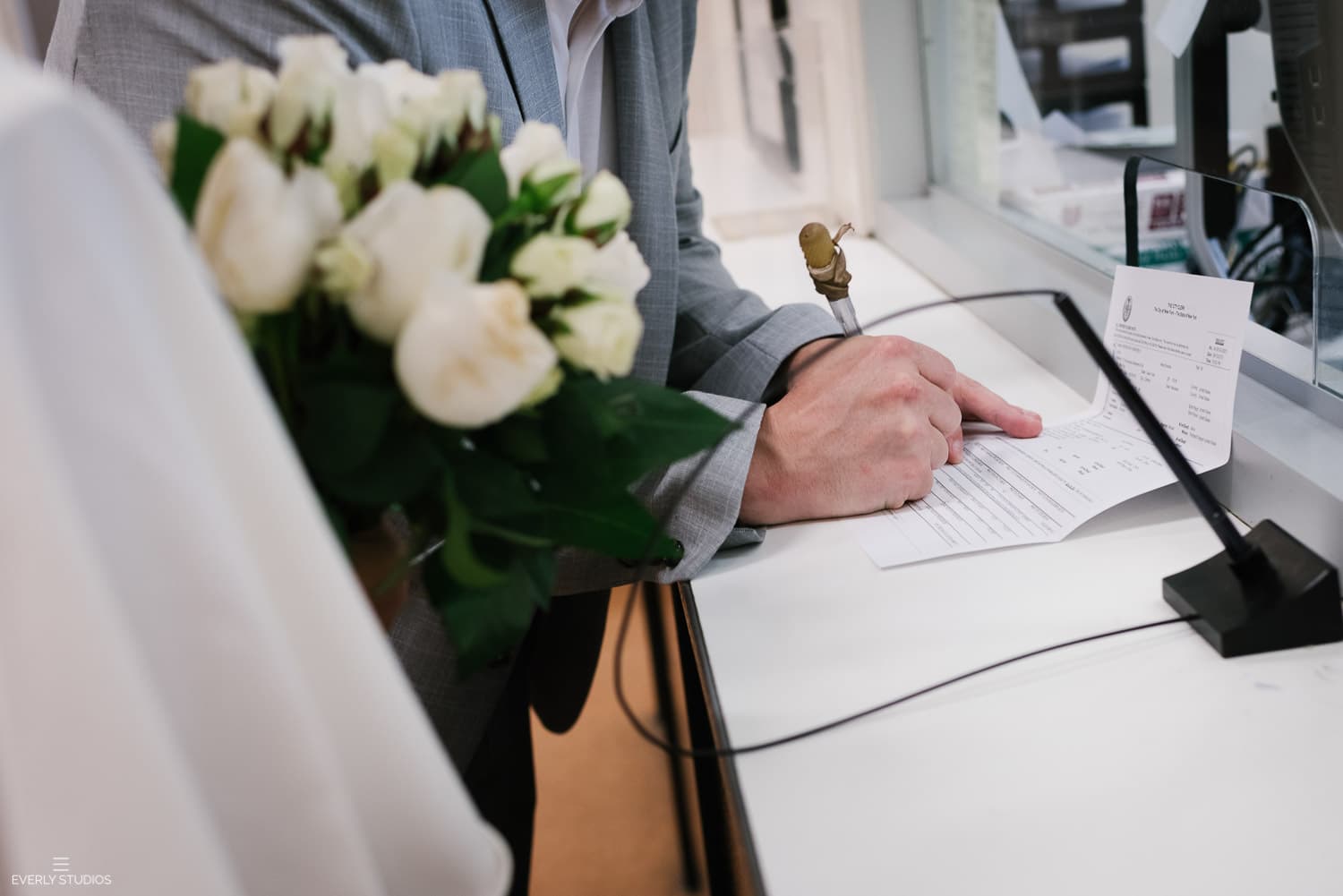 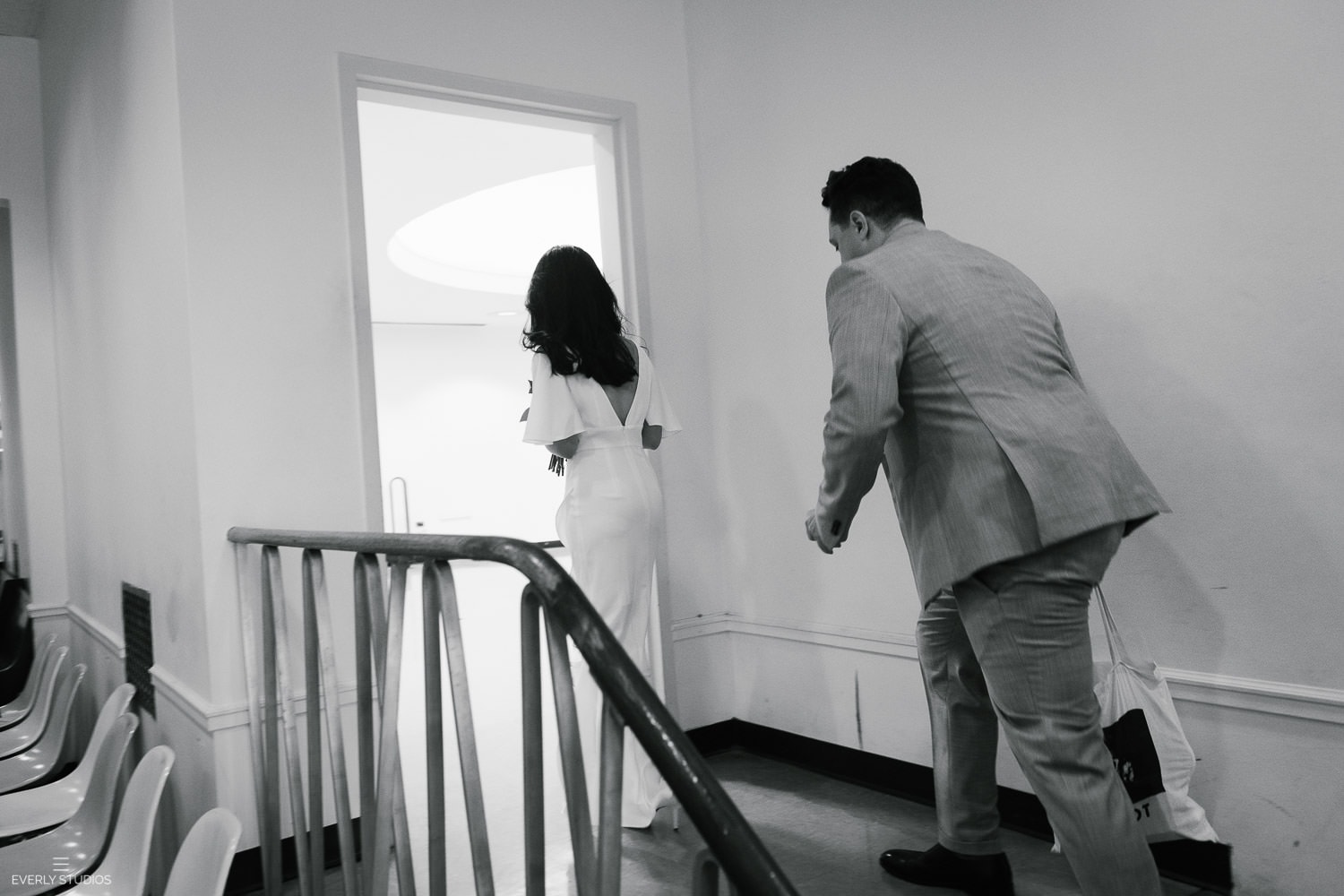 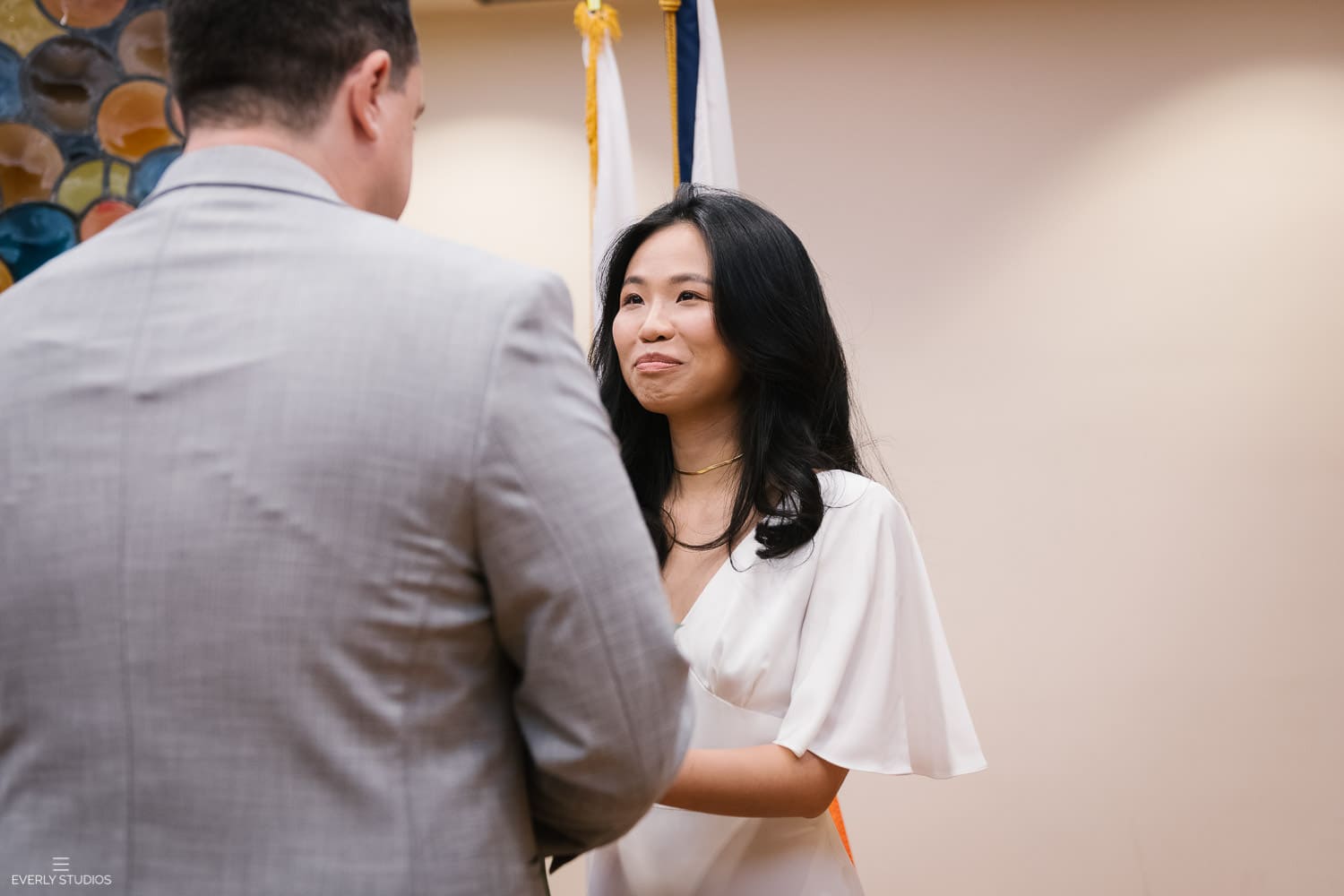 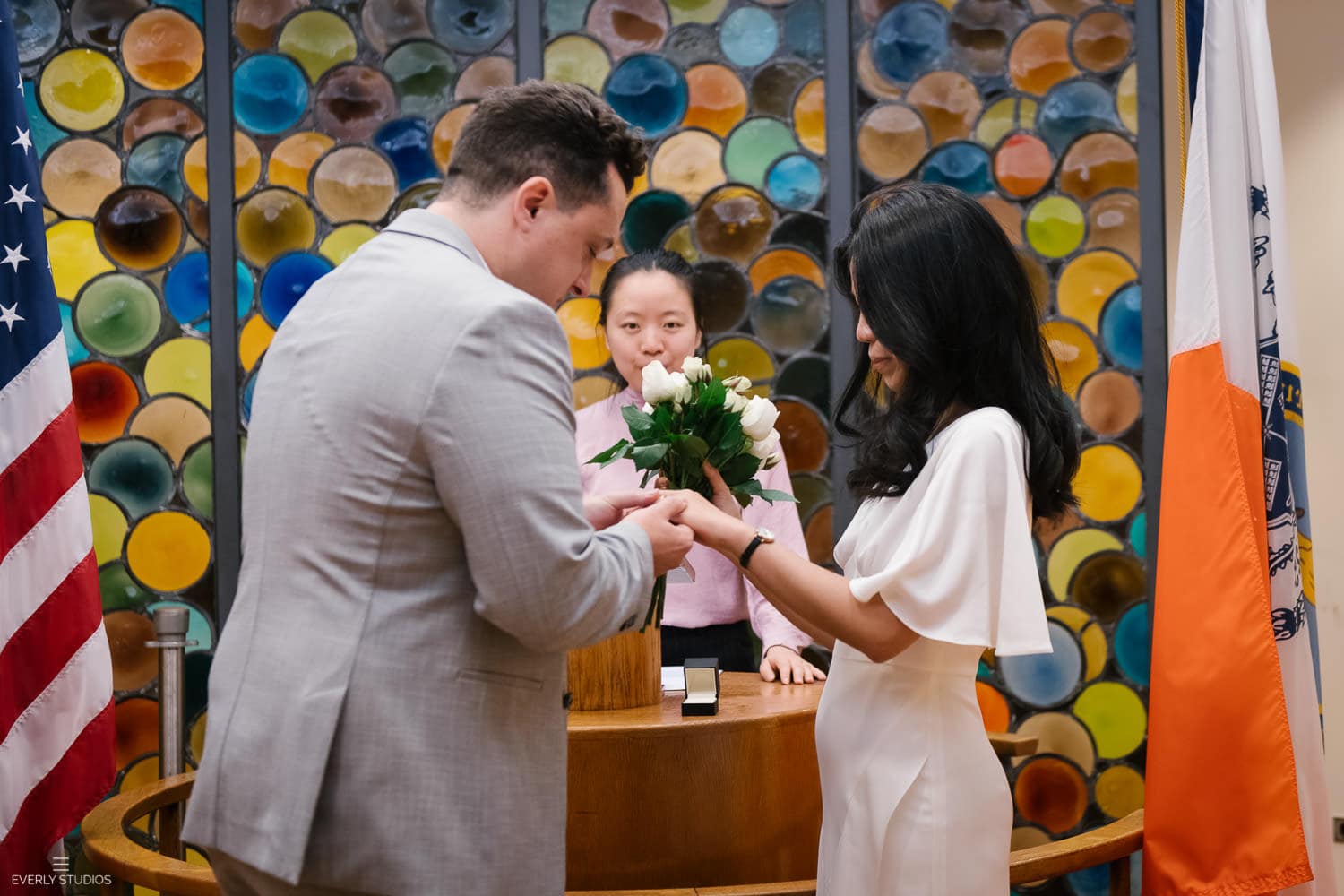 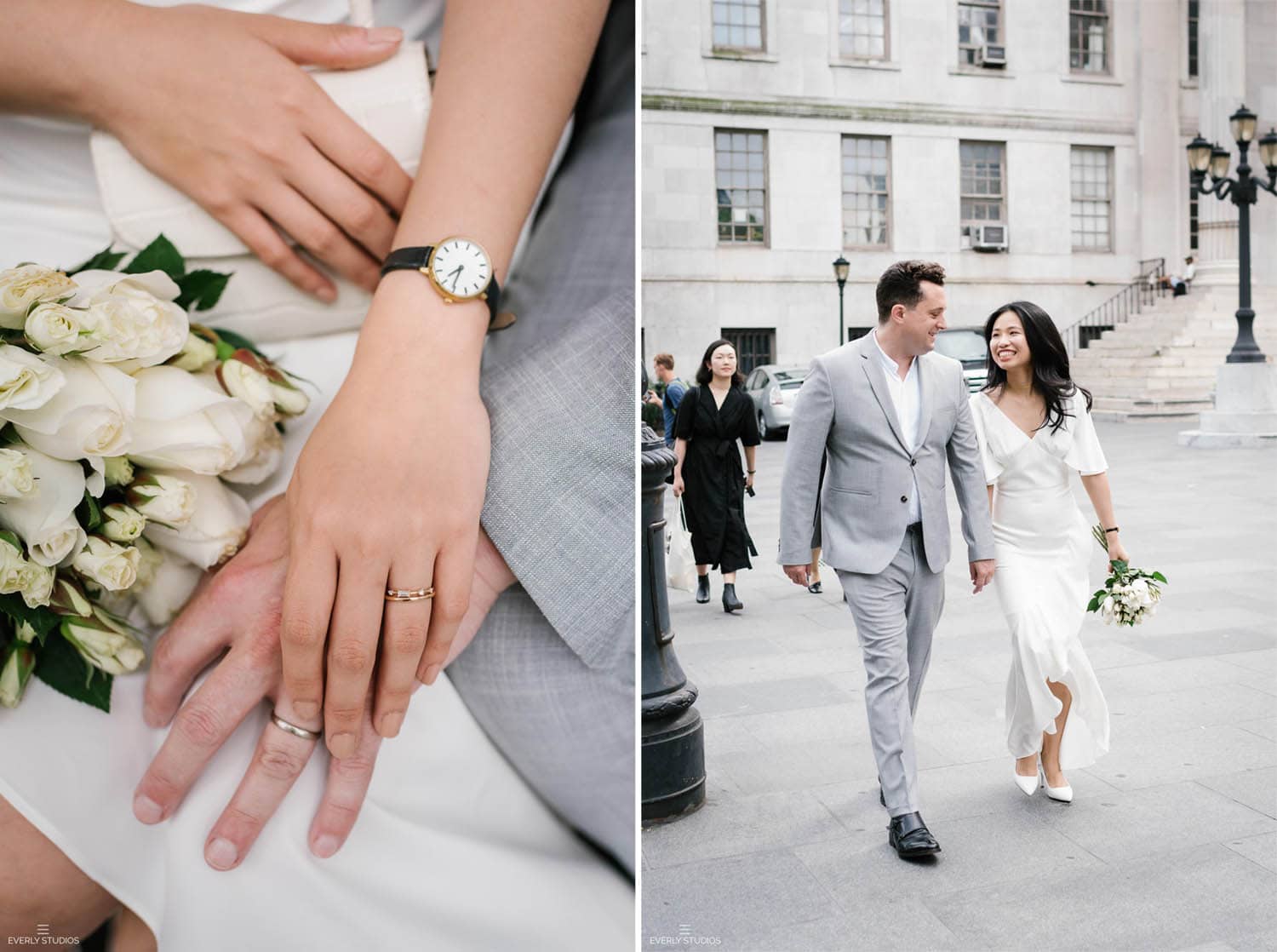 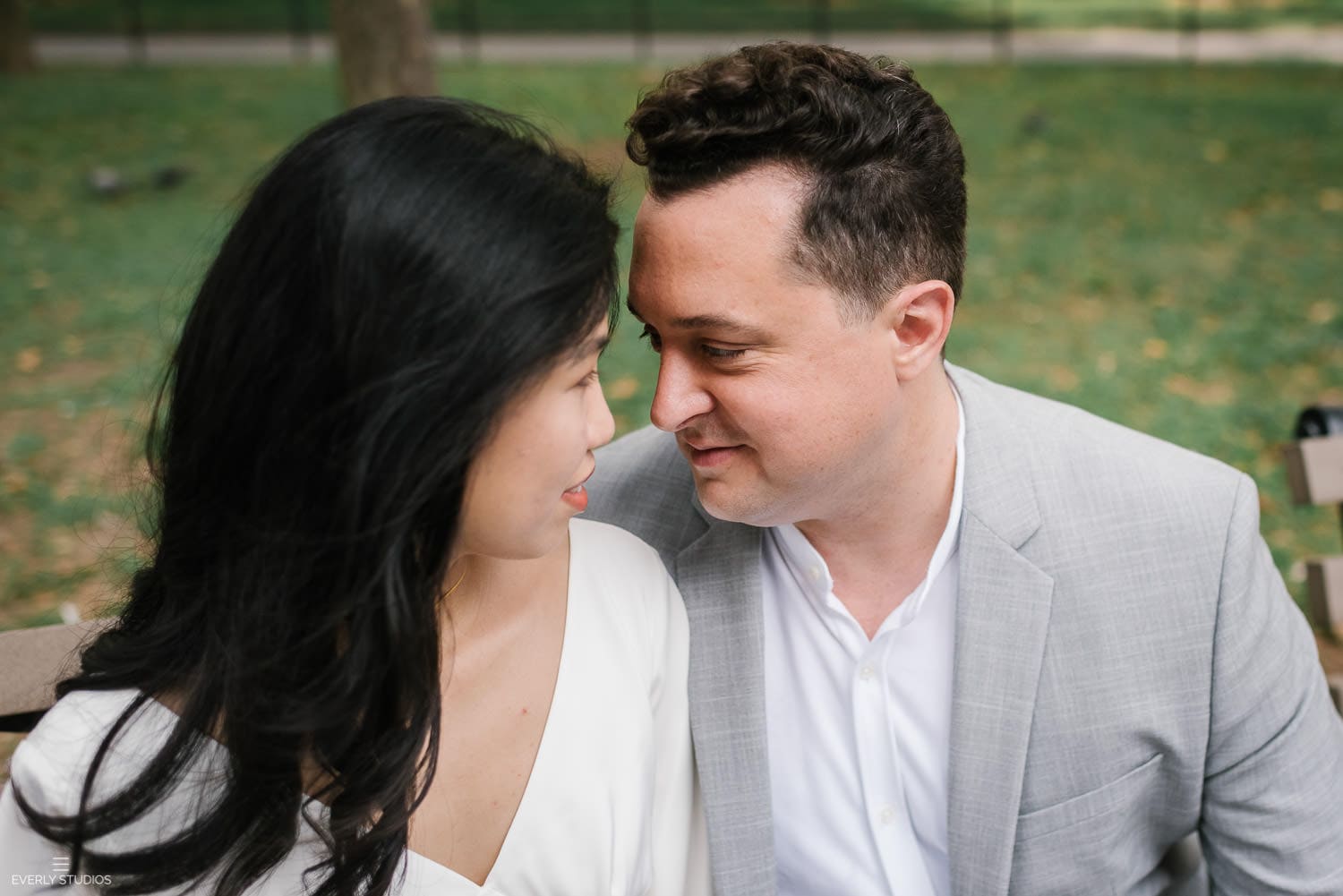 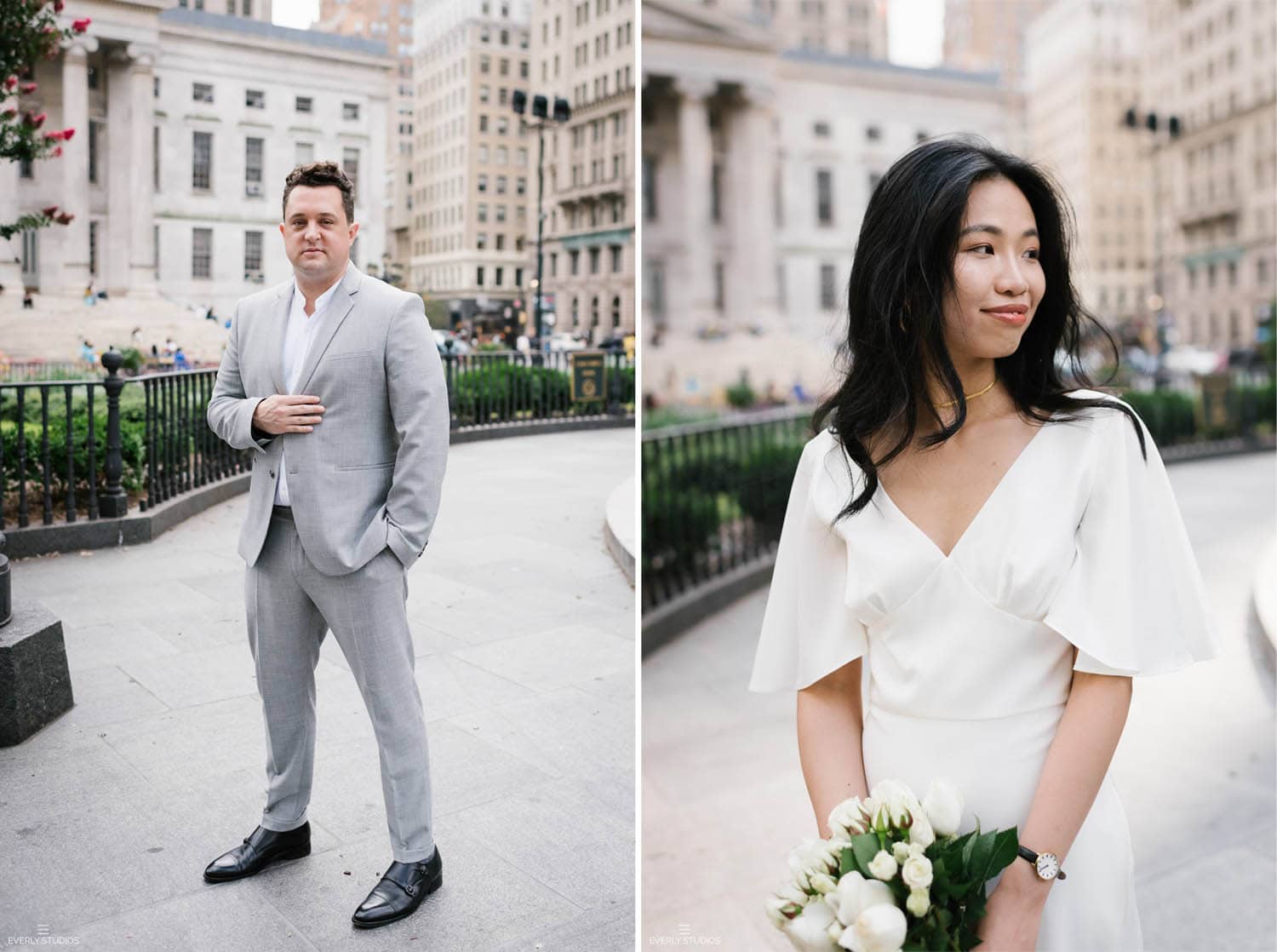 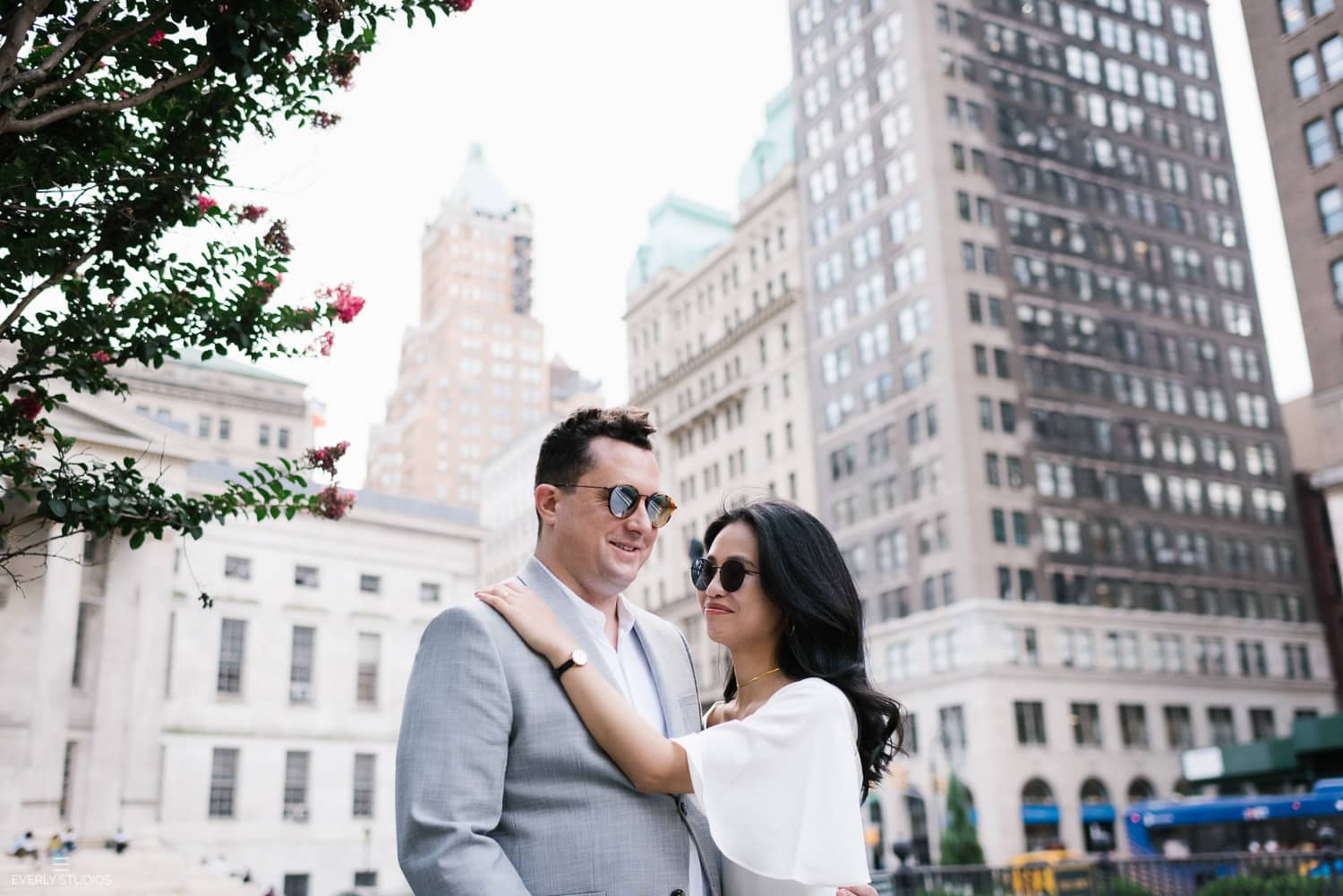 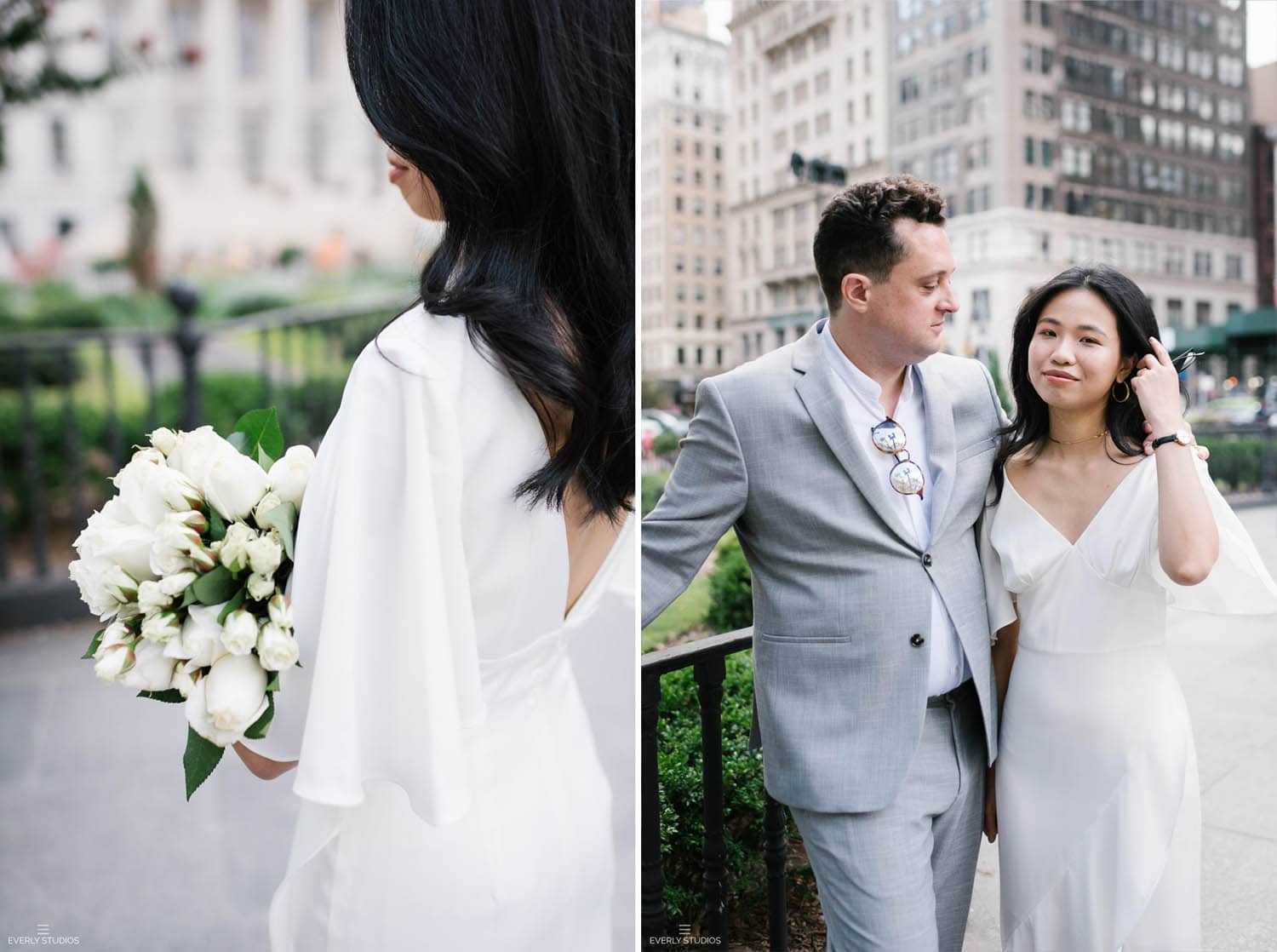 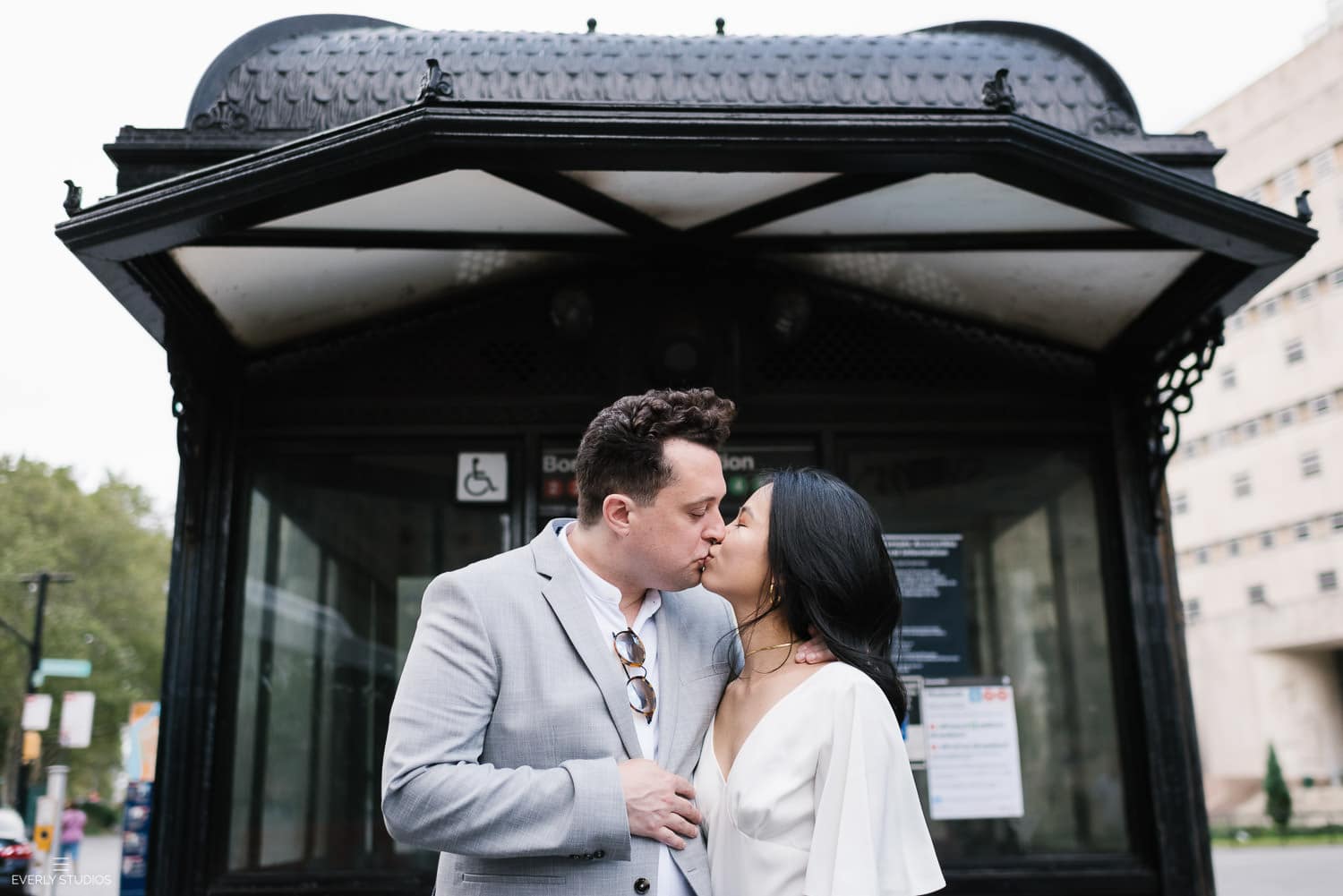 How to Get an Extended Marriage Certificate in NYC